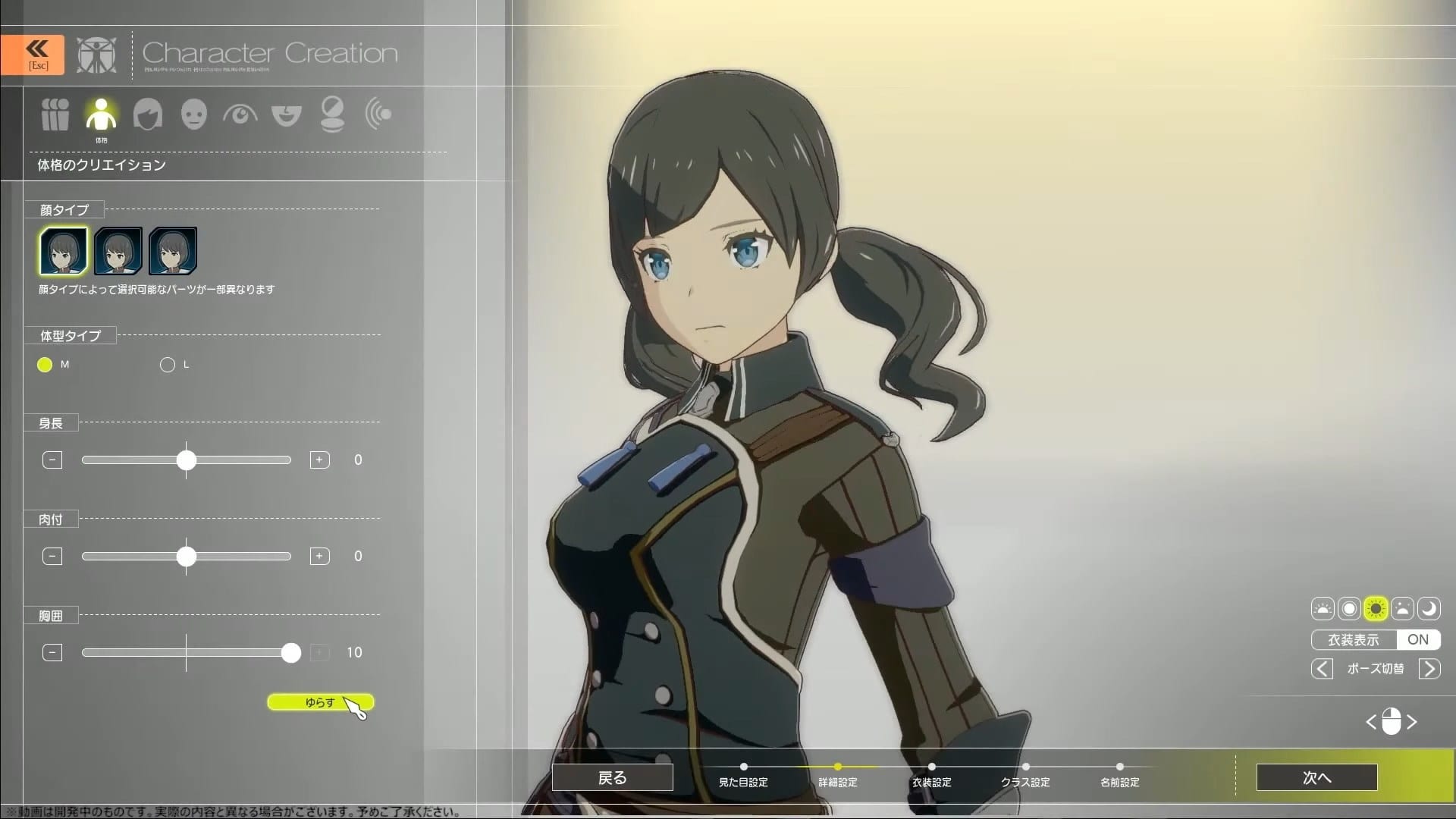 First of all, we learn that a new closed test is going to happen on November 7 with recruitment starting today and open until October 26.

Once more, the test requires a Japanese Bandai Namco account and formally only those residing in Japan can participate, but you can try your luck if you want. The test will last only 3 hours, so whether it’s worth the effort or not depends on your mileage.

The test is for the matching systems that is supposed to match players that want a party to challenge content like dungeons. 15,000 participants will be selected.

Moving on to the gameplay, we get to see an updated look at the character creation (in the embeds below have the video already set at the correct timestamps for interesting content).

First of all, we can change the time of day in the character creation screen to see what our hero or heroine will look like in different lighting conditions.

Next is a “bounce” button that will let you test the… physics of your character’s chest, which can be sized via a slider. Yes, it also works with the hair, but it’s conveniently placed near that slider and the developers make no mystery about its intended use.

We then see the eye angle slider that was showcased a few weeks ago and one selecting the shade of eyelashes alongside more granular settings for the eye color affording players with a rather extreme degree of customization. Eyebrows also got additional settings.

Next is a new town are named Salamsert Oasis.

Another interesting feature is a companion NPC that can help you in battle. While we see one named Jake here, more will be available, likely with different classes and weapons.

Last, but not least, we get to see changes made to Spell Caster’s skills and abilities. The existence of a new class was also teased on top of those already revealed.