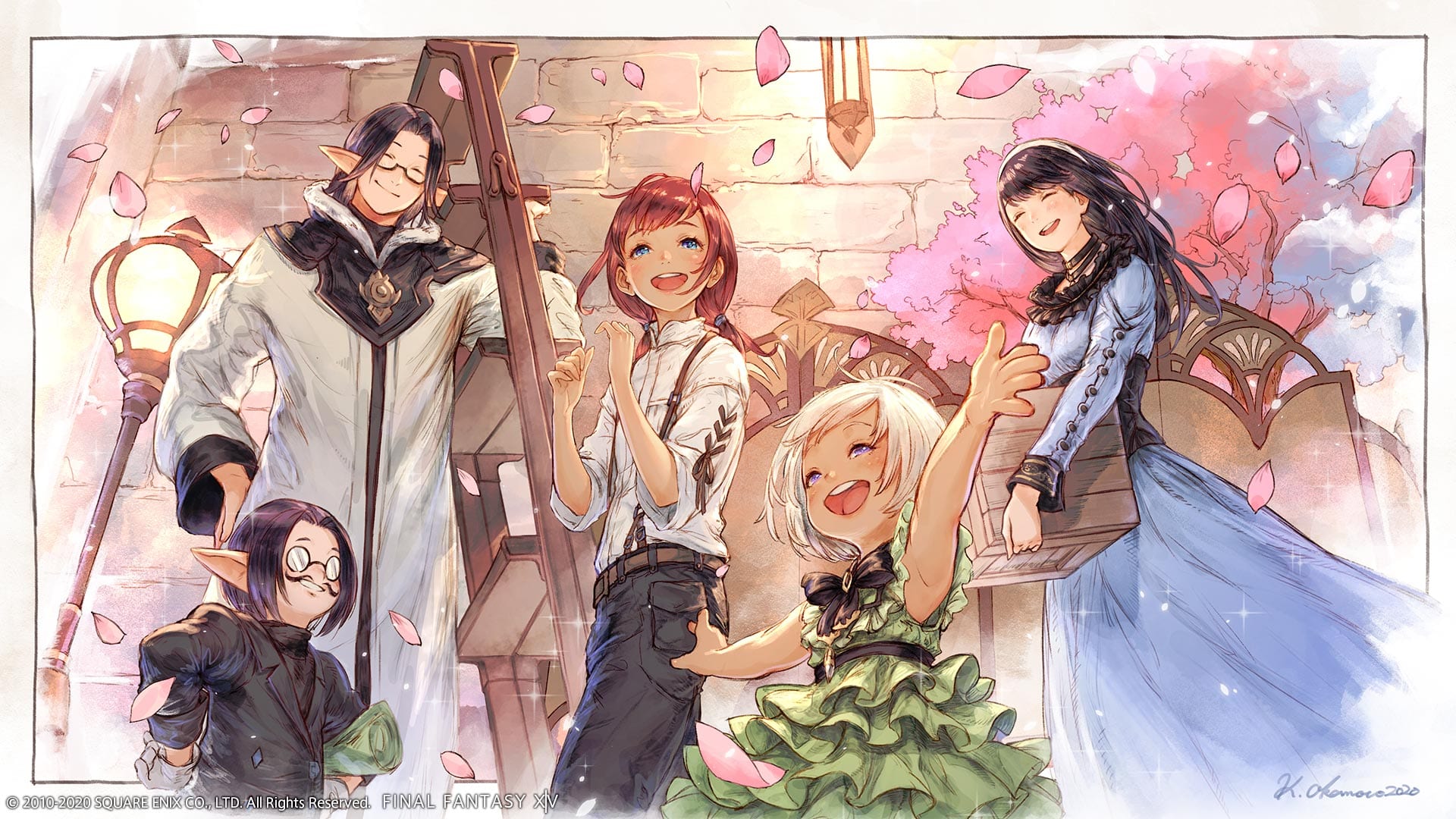 With the end of the celebrations for Valentione’s Day, Final Fantasy XIV’s rich seasonal event calendar is about to hit another festivity, Little Ladies’ Day.

This year the event will start on March 2, and it’ll end on March 16, awarding daring adventurers with a corsage and a monocle for characters and a stage and a banner for their houses.

You can see the prizes below, alongside the lovely illustration created for the event.

Adventurers of level 15 or above will have to start the quest chain with the Royal Seneschal in Ul’Dah.

Funnily, the corsage is called “Princess’s Peach Corsage.” Peaches and peach flowers are one of the symbols of the festival since it matches the period in which peach trees begin to bloom in Japan.

Like many seasonal events in the game, it has been celebrated since the original release of the game’s first incarnation in 2011. The only interruption was in 2013, whent the servers were down for the transition to A Realm Reborn.

This year, the game’s fans will also be able to celebrate in real life thanks to a special menu at the popular Eorzea Cafe in Akihabara, Tokyo and at its branch in Osaka.

The menu, which you can see below, will be available from March 3 to March 31.

The special dishes include the Bouquet Moogle Happy Plate, the Amazake Peach Oshiruko (Oshiruko is a traditional dessert usually made with azuki beans and mochi, while Amazake is a sweet drink made with rice), and the Il Mehg-style Bouquet Chirashi (Chirashi is a type of richly-decorated sushi)

There will be only one alcoholic drink, named Princess Pulitzer, while non-alcoholic drinks will include Her Majesty Nanamo’s Cherry Blossom Cocktail and Flower Crown: A Gift for Aldiytha.

If you’re unfamiliar with Aldiytha, she appeared in last year’s event, and if the official artwork is any indication, she’s coming back this year. The Flower Crown was part of last year’s story and one of the rewards.