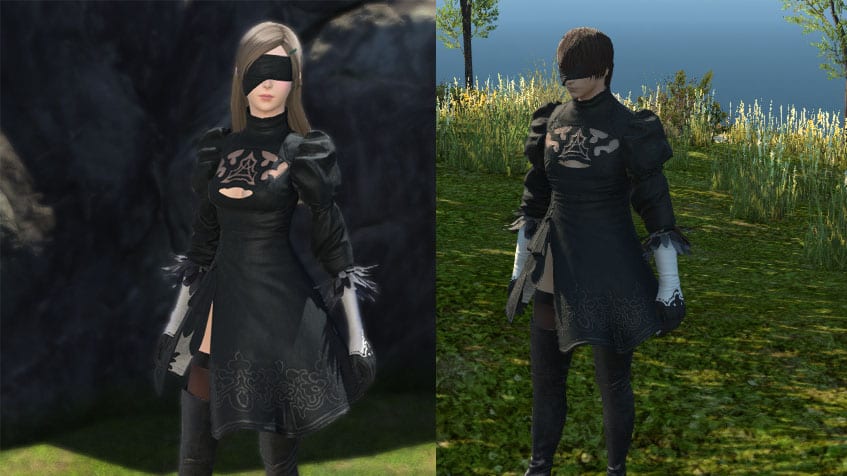 The raid titled “The Copied Factory” has some spiffy rewards for those who complete it, and one in particular is rather special.

I think it was pretty safe to assume that the raid series would have allowed players to dress as the super-popular NieR: Automata heroine YoRHa 2B at some point, and indeed it does.

The fun part is that it lets everyone dress like her, regardless of gender.

It’s worth mentioning that the outfit is not functional equipment. That is still provided among the raid’s rewards, but it’s different.

2B’s costume is intended for what Final Fantasy XIV defines a “glamor,” cosmetic equipment the looks of which you can apply over your own armor.

The raid requires 24 players, and only three coffers containing the outfit named “No.2 Type B Gear” are dropped each time, so you may have to play a few times in order to get your own.

If you want to see more of what the update includes, you can watch the trailer and a gallery of images. You can also read our extensive recap of the latest Letter from the Producer Live and the previous broadcast.