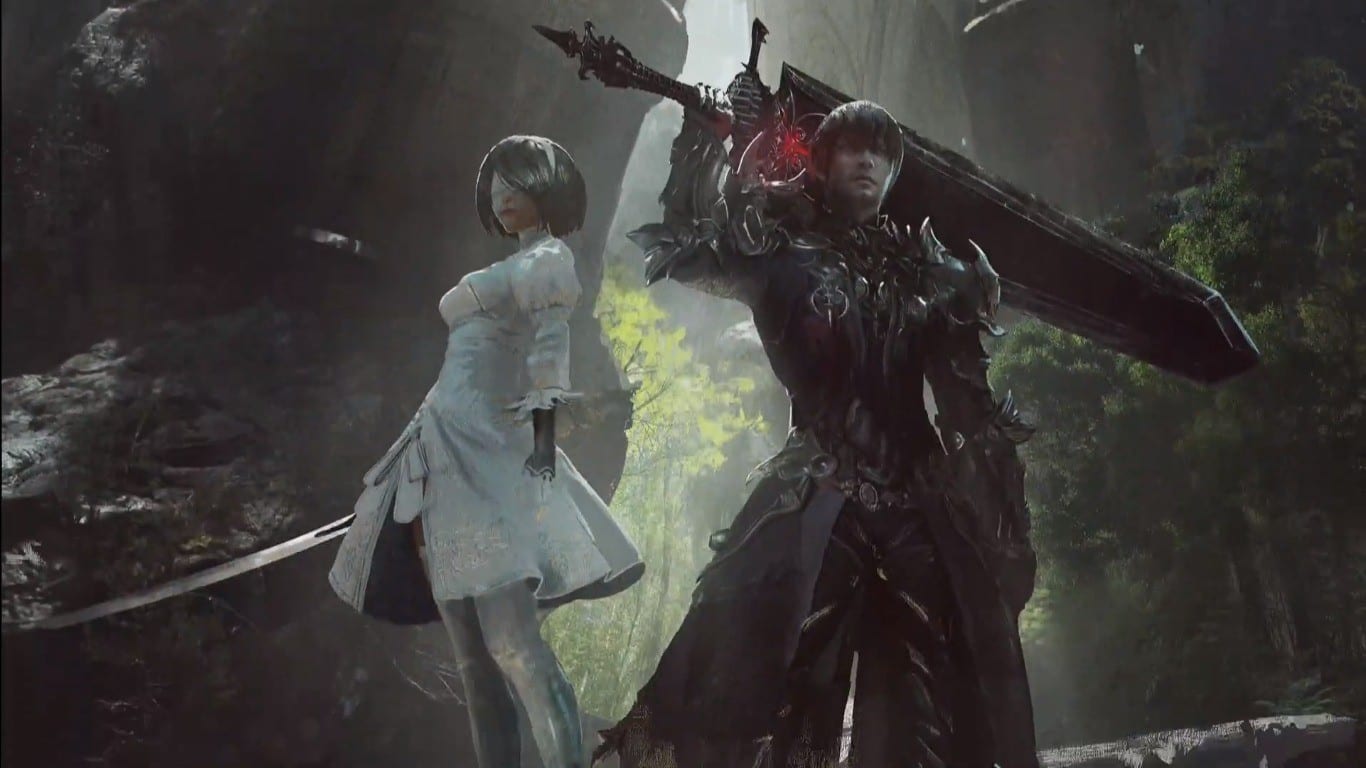 Producer Naoki Yoshida provided a lot of information about the upcoming patch 5.1 and the YoRHa: Dark Apocalypse raid which will launch with it.

Patch 5.1 will be titled “Vows of Virtue, Deeds of Cruelty,” and it’ll release in late October 2019.

Below you can see the official art.

Speaking of YoRHa: Dark Apocalypse, guest creators Yoko Taro and Yosuke Saito (who respectively worked as Director and Producer in NieR: Automata) made an appearance, alongside NieR: Automata composer Keiichi Okabe who joined the team to create the music for the raid.

You can listen to the (absolutely fantastic) track below. I’m sure you’ll find it familiar if you played Final Fantasy XIV and NieR: Automata.

The new 24-man raid YoRHa: Dark Apocalypse will begin with the first chapter titled The Copied Factory, and we get to see the first screenshots in the gallery below. It definitely looks familiar.

The machines will appear as enemies, and props will also be quite familiar to NieR: Automata veterans. The gallery shows plenty of artwork used to create the models for the raid.

Interestingly, we also see in-gae screenshots in which the players appear to be led by 2P, the white-dressed YoRHa android who appeared in SoulCalibur VI as an alternate color for 2B.

The panel continued with a lot of joking and banter, which is the norm when Yoko Taro is involved, but you can enjoy the first sneak peeks of the raid below.

Interestingly, Yoko Taro mentioned that it’s not necessary to have played NieR: Automata in order to enjoy the raid, as it has been designed with this in mind. Of course, you’ll still enjoy it more if you have played the game.

Speaking of the rest of the content of update 5.1, it will include new main scenario quests, new beast tribe quests for the Pixies, the YoRHa: Dark Apocalypse raid, and a dungeon titled the Grand Cosmos. You can enjoy the first screenshot below, alongside all the relevant slides.

A new trail will also be included but it’s still a secret, and the same goes for the third ultimate-difficulty challenge. This one will release two weeks after the launch of 5.1.

Some jobs will receive adjustments, including ninja, summoner, and samurai.

PvP will be updated with an adjustment to PvP actions and a new frontline ruleset and field.

Crafters and gatherers will receive a ton of updates, and you can refer to the slides for details.

The Ishgard Restoration will start with patch 5.1, and will involve crafters and gatherers in rebuilding the Firmament. Interestingly, progress will be server-based and different among them.

A new G.A.T.E. involving Yojimbo will be implemented in the Gold Saucer, and the UI of Mahjong will be updated.

The UI of Bard’s performance will also be updated, including features to help to play in a group.

Interestingly, the launcher will be completely overhauled. A new delivery NPC will be added, and pets will be displayed in the party list.

Weapon rewards will be added to several dungeons and meals can finally be eaten while sitting, alongside more miscellaneous updates that you can see below.

Two additional major features are the New Game+, that will let players replay story quests, and the new Fellowships system, which will work as a cross-world social hub with up to 1,000 players involved.

Details for both are available in the slides.

If you’d like to learn more about Final Fantasy XIV: Shadowbringers (which has recently been updated to version 5.05), you can read our recent interview with Naoki Yoshida and Banri Oda,  our review of the expansion and our article explaining why it features the best story among all the tales told by the Final Fantasy series.