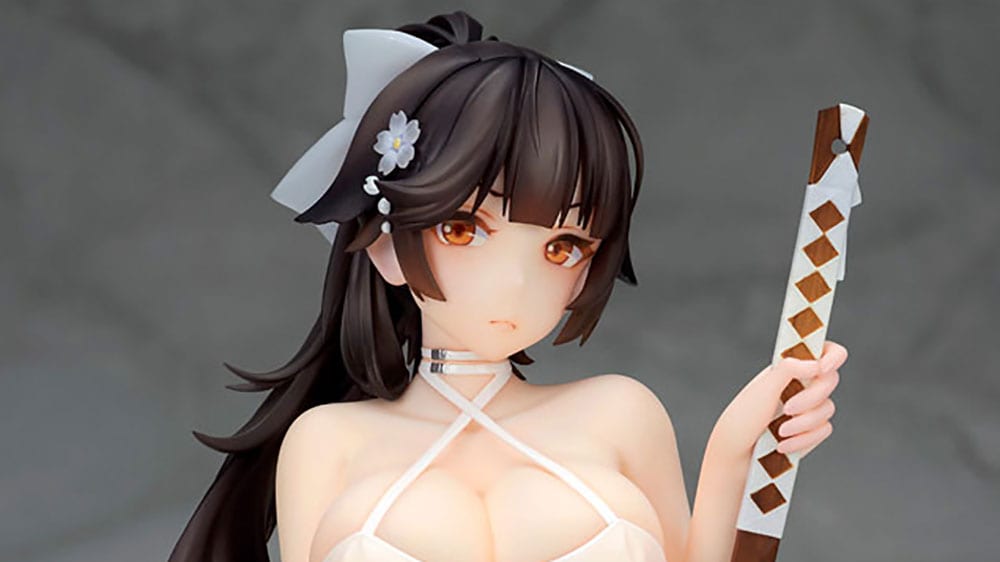 Azur Lane is getting more and more popular among Japanese fans, so it’s not surprising that local figure manufacturers are starting to portray its characters with increasing frequency.

This time around, Tokyo-based manufacturer Alter made a fan-favorite available for pre-order, the swimsuit version of Takao reproducing the “Beach Rhapsody” skin. You can find it at several Japanese retailers, including AmiAmi. The price is 13,350 yen, which translates into approximately $124, and the release window is in May 2020.

She is sculpted by Munetoshi Makio and painted by Emi Hoshina. She comes in 1/7 scale for approximately 180 mm in height due to the kneeling pose.

If you’d like to see what she looks like, look no further than the gallery below, which also includes the original illustration of the skin. Incidentally, she makes a pair with her sister Atago, which Alter is going to release in October.

If you’re interested in more figures from Azur Lane, you can take a look at Centaur, Yamashiro, Illustrious, and Akagi, who also comes in her swimsuit version.