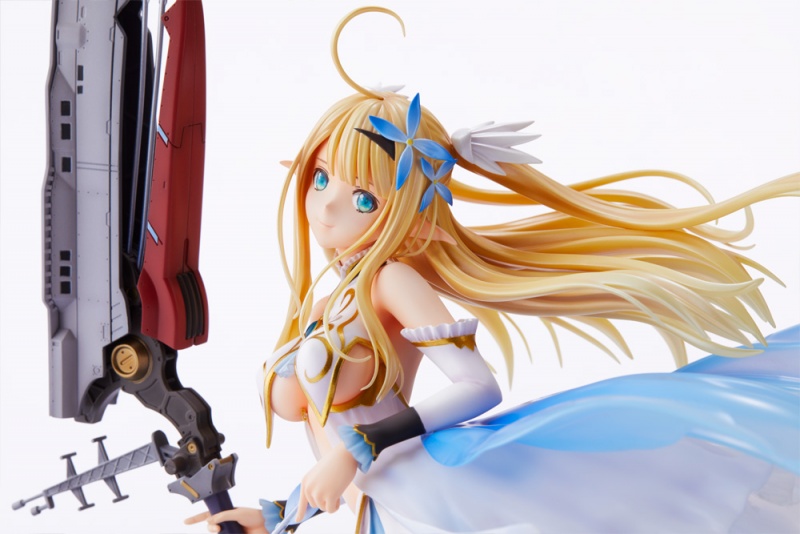 Today Kotobukiya opened pre-orders for a brand new figure based on the mobile game Azur Lane.

Of course, the figure portrays one of the game’s charming shopgirls, who as of late have been threatening Kancolle’s hegemony of the genre.

Portrayed here is Centaur, from the illustration by popular artist Tony Taka, who you may know for the character design of the latest Shining games. If you’re not familiar with the character, she is inspired by the Royal Navy’s aircraft carrier HMS Centaur. Considering that she is pretty literally “Her Majesty’s Ship,” she is indeed majestic.

Given the 1/7 scale, she is also rather tall, measuring roughly 290 mm in height. An alternate face with a surprised expression is also included in the package.

You can check out a bunch of pictures below, and see if Centaur is your kind of shipgirl.

If you’re interested in Azur Lane, you can check out the recently-announced crossover with World of Warships. An action-JRPG for PS4 is also coming from Compile Heart and Felistella, but we don’t yet know if Centaur will make an appearance.