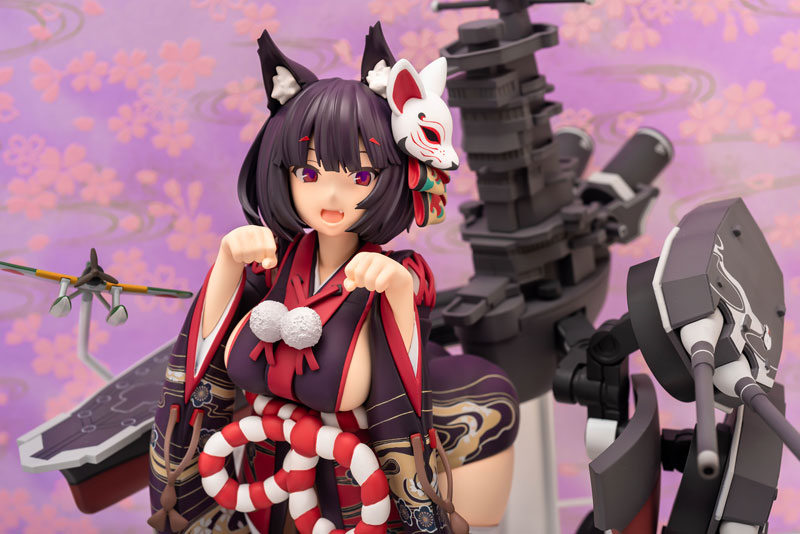 The mobile game Azur Lane has taken Japan by Storm, enticing the fans of the shipgirl concept waiting for something new after playing Kancolle for years. It’s not surprising that it’s getting more and more figures.

Suwa-based manufacturer Plum just made a lovely figure portraying Yamashiro in her Retrofit version (or “kai” if you prefer the Japanese term) available for pre-order. You can find it on AmiAmi or on Plum’s own store.

If you want to spend a bit less, there is actually a “Light Armor Version” which is exactly what it says on the tin. You get only Yamashiro herself without the shipgirl equipment. This one is exclusively sold at Plum’s own store for 14,500 yen, which translates into just north of $130.

Whichever version you prefer, she comes in 1/7 scale for approximately 160 mm in height due to the “cat-like position” inspired by the original Retrofit illustration by Rain Lan.

You can check both options in the gallery below, also including the original artwork for reference.

This is the second Azur Lane figure going up for pre-order, the other being Centaur by Koytobukiya designed by Tony Taka.

If you’re interested in Azur Lane, you can check out the recently-announced crossover with World of Warships. An action-JRPG for PS4 is also coming from Compile Heart and Felistella, and today it conveniently received a brand new gameplay trailer. We don’t yet know if it’ll feature Yamashiro among its playable characters, many of whom haven’t been revealed yet.