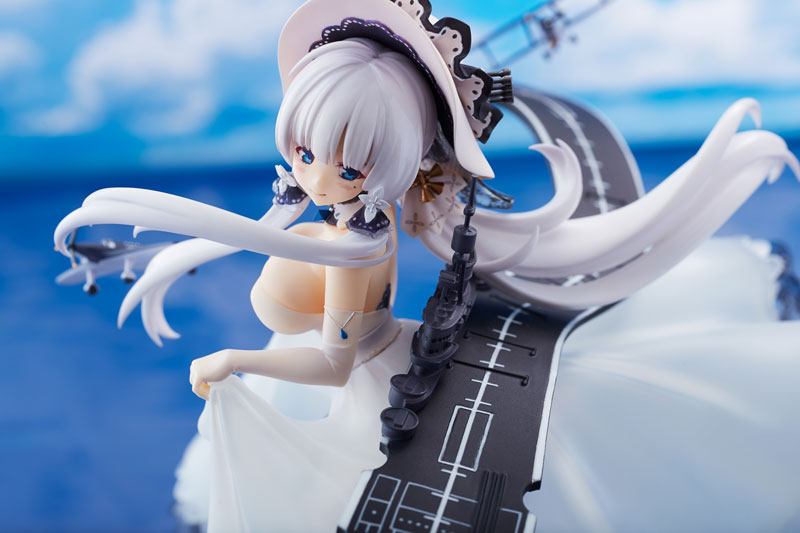 Today Shizuoka-based manufacturer Wanderer made a new one available for pre-order, portraying Illustrious from the Royal Navy faction.

Of course, she comes with the inevitable flight decks that identify her as an aircraft carrier shipgirl, and a few planes flying around.

You can reserve the figure at several Japanese retailers, including AmiAmi for 18,480 yen, which translate into approximately $168. The projected release window is October 2019.

She is sculpted and painted by Takeshi Miyakawa and printed in the usual PVC and ABS mix. With her traditional 1/8 scale, she stands at approximately 215mm tall.

If you’re unfamiliar with Azur Lane, it’s currently available for iOS and Android, while Compile Heart is currently developing a PS4 action-JRPG based on the franchise, which is slated to come west next year, courtesy of Idea Factory International.

Illustrious herself has already been revealed among the shipgirls who will appear in the game, offering another chance to see her in 3D.

If you’d like to see more upcoming Azur Lane figures, you can check out Centaur by Kotobukiya and Yamashiro by Plum.