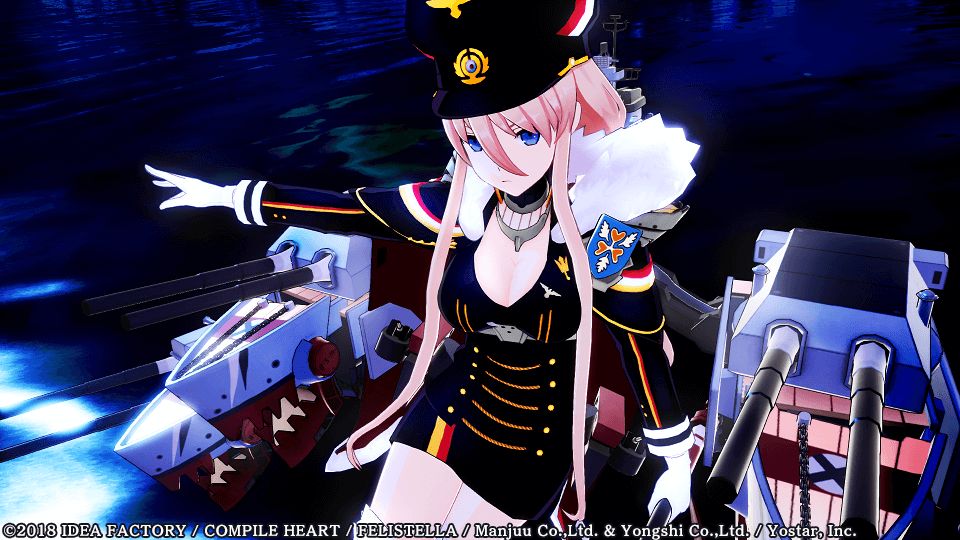 Compile Heart revealed more of the shipgirls who will appear in the upcoming PS4 game Azur Lane: Crosswave.

We get the reveal of Bismark with both artwork and screenshots, on top of Ark Royal, San Diego, and Hamman with the artwork for each.

Voice samples have also been released for each shipgirl and you just need to go to each link and press the “Voice” button on the right to listen to their adorable calls.

We also get an additional screenshot featuring a trio if IronBlood shipgirls, Bismark, Prin Eugen, and Z23 in action.

Below you can check out the images. If you want to see more of the game, you can also enjoy the reveal of Vestal, more screenshots and another shipgirl reveal, more images and gameplay details, the latest trailer, additional images showing newcomers Suruga and Shimakaze, and the trailer that revealed them.

If you’re not familiar with the game, it’s a console action RPG translating the gameplay of the super-popular mobile game Azur Lane on PS4, including new characters and an original story.