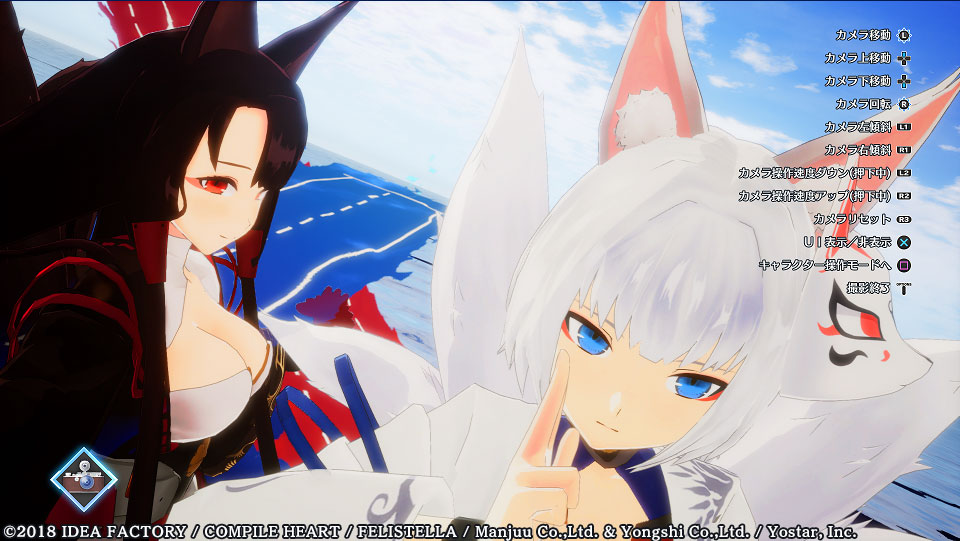 Today Compile Heart updated the official website of its upcoming action-JRPG Azur Lane: Crosswave with a lot of interesting goodies.

First of all, we get a nice look at a rich gallery of screenshots, showing pretty much every corner of the game, including the map, the menus, dialogue events, battle, and even the photo mode. You can enjoy them all at the bottom of the post.

On top of that, we get a tease of new shipgirls that will be fully revealed down the line. While they’re showcased only with portraits, that’s enough to recognize them. Of course, some of them are pretty inevitable choices, so their addition isn’t too surprising.

I’m not sure why they revealed them this way since any self-respecting fan of the series would recognize them all, but that might simply be part of the fun.

If you want to see more of the game, you can also check out the latest screenshots and gameplay details, the latest trailer, some more screenshots showing newcomers Suruga and Shimakaze, and the trailer that revealed them. More assets include the reveal of Downes, a screenshot of Kaga, additional screenshots introducing Kongou and Mikasa, an older gallery of images and the first trailer.

Azur Lane: Crosswave will launch on the Japanese shelves on August 29 exclusively for PS4. At the moment no release has been revealed either for North America or Europe.