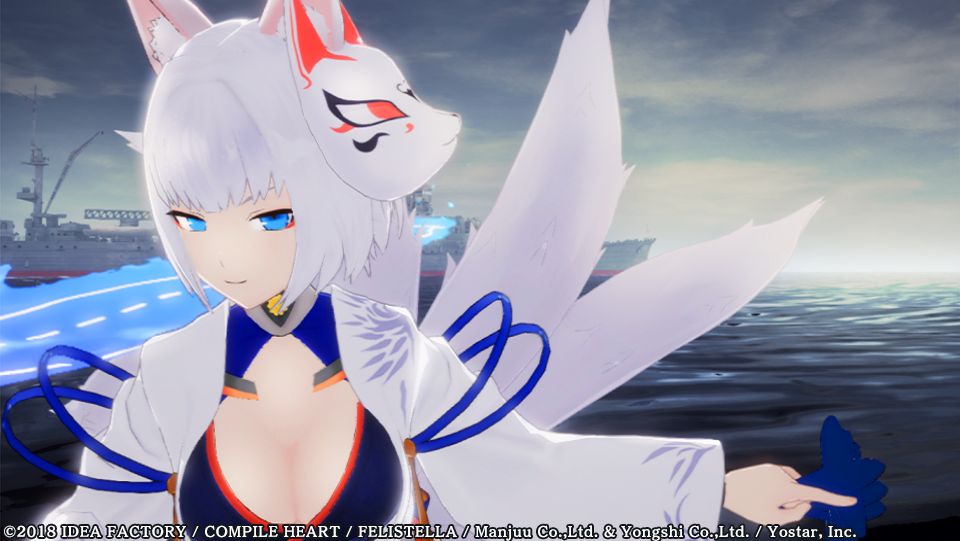 First of all, as you can see below, we get a screenshot featuring one of the most popular shipgirls in the game, the white-haired Kaga.

If you’re unfamiliar with it, Kaga was one of the most famous aircraft carriers of the Imperial Japanese Navy. Commissioned in 1928, it was among the aircraft carriers that were sunk at the Battle of Midway, contributing to deciding the result of the war.

On top of that, we also get voice samples for Portland and her sister Indianapolis. In order to listen, all you have to do is to go to the related links and click on the “Voice” button.

Speaking of audio, yesterday we also got a sample of the game’s soundtrack.

If you want to see more of the game, you can also check out the latest screenshots and gameplay details, the latest trailer,  some more screenshots showing newcomers Suruga and Shimakaze, and the trailer that revealed them. More assets include the reveal of Downes, additional screenshots introducing Kongou and Mikasa, an older gallery of images and the first trailer.

Azur Lane: Crosswave will release on the Japanese shelves on August 29 exclusively for PS4. At the moment no release has been announced either for North America or Europe.