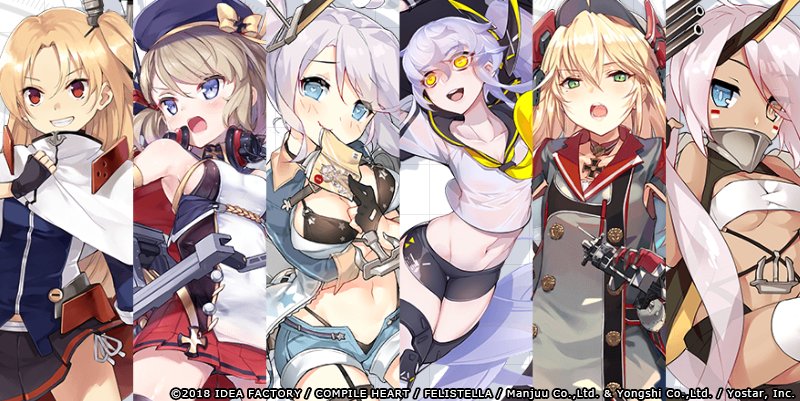 The trailer is presented by Ayanami, and provides a basic look at the game, also announcing a second video coming on Jan 30.

On top of that, we also get the introduction of several of the shipgirls that will be included in the title, namely Cleveland, Portland, Admiral Hipper, Indianapolis, and Purifier. We also get two new screenshots of the previously revealed Z23.

While Z23, Cleveland, and Portland will be playable, Admiral Hipper and Indianapolis will provide battle support. Purifier is an AI enemy ship.

Of course, all the names mentioned besides Purifier belong to historical World War II warships. That’s the whole point of the game, and something Japanese players appear to be very fond of judging from the massive success of both Azur Lane and the game that started the trend, Kantai Collection.

If you’re unfamiliar with the name Azur Lane, it’s a popular side-scrolling mobile game by Chinese studios Shanghai Manjuu and Xiamen Yongshi. It’s currently available in English courtesy of Yostar. The console version is in development by Felistella, which is known for the Genkai Tokki series.

You can check everything out below. if you want to see more, you can also enjoy an older gallery of screenshots.

The game will release in Japan in 2019 exclusively for PS4. At the moment, no western release has been announced.