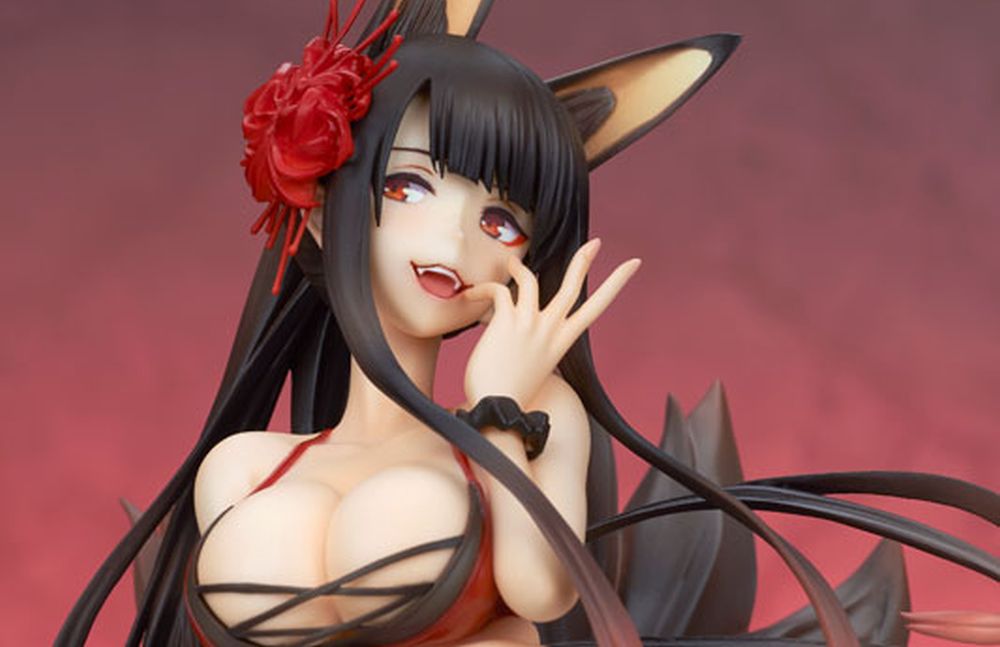 With the Azur Lane franchise gaining popularity among shipgirl fans in Japan, it’s not massively surprising that figure manufacturers are taking notice.

Today Tokyo-based manufacturer Wave made a brand new scale figure available for pre-order at multiple Japanese retailers including AmiAmi for 13,400 yen, which translates into approximately $122.

It portrays a really lovely Akagi in her bikini summer skin, and it’s part of the DreamTech line.

She is sculpted by Yozo Ogawa in the traditional 1/8 scale, standing at approximately 240 mm tall. Unsurprisingly, the materials are the usual PVC and ABS.

She will be released in Japan in September 2019, so the lead time isn’t as extreme as for other figures from Japan.

If you’d like to see what she looks like, you can take a look at the gallery below.

If you’re unfamiliar with the Azur Lane franchise, the original game is currently available for iOS and Android, while Compile Heart and Felistella are currently developing a PS4 action-JRPG based on the franchise, which is slated to come west next year, courtesy of Idea Factory International.

If you’d like to see more upcoming Azur Lane figures, you can check out Centaur by Kotobukiya, Yamashiro by Plum, and Illustrious by Wanderer.