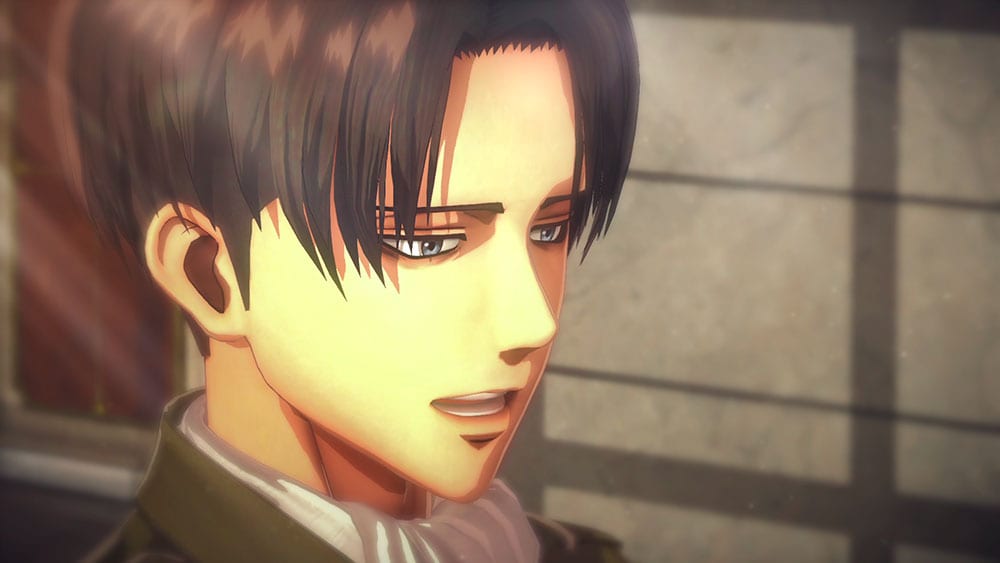 The screenshots mainly focus on the story, but we also get two dedicated to the iconic Hook Drive maneuver that can be performed in the game.

The rest of the screenshots is dedicated to the part of the story campaign that follows the second part of the third season of the anime series which is currently airing.

This means that if you’re not up to date with the anime and plan to watch it, you may want to refrain from taking a glimpse at the gallery below because it includes mild spoilers.

If you don’t mind the possible spoilers, or you’re all caught up with watching the latest anime season, you can enjoy the gallery below.

If you want to see more of the game, you can also take a look at the latest trailer, a recent gallery of screenshots focusing on the story as well, the previous trailers showcasing the gatling and the Titan mode, the previous video showing the Thunder Spears, two more trailers showing more weapons, the first PS4 gameplay, the first trailer, and a batch of screenshots introducing the new characters that were released a few weeks ago by Koei Tecmo.

Attack on Titan 2: Final Battle is coming on July 5, 2019, for PS4, Xbox One, Switch, and PC. It’ll receive a demo in Japan, but it hasn’t been released in the west just yet.