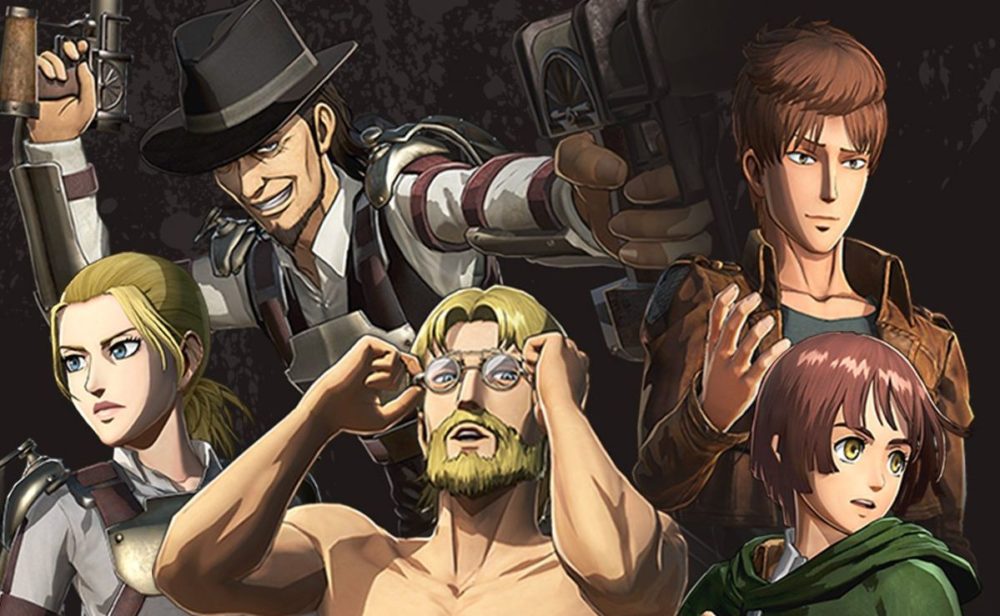 Today Koei Tecmo updated the official site of Attack on Titan 2: Final Battle introducing the new characters that will be playable in the upcoming game.

We’re getting Zeke, Kenny, Caven, Floch, and Nifa. They bring the total of playable characters up to over 40.

The presence of those characters should clue you into the fact that, as announced a couple of weeks ago, the new release will expand Attack on Titan 2 all the way into the third season of the anime.

Early access to Zeke will be a bonus for the download version in Japan, while the Queen Historia costume comes with early purchases.

If you’re unfamiliar with the title, here is a description directly from the press release.

“Taking place throughout Attack on Titan Season 3’s timeline, Final Battle’s Story mode plays through selected characters’ points of view with major heroes active in Season 3 – now playable for the first time – boosting the total number of playable characters to over 40. In addition to the content covering all three seasons of the popular anime series, developers will also include original episodes to create a more fulfilling Attack on Titane xperience.

Attack on Titan 2: Final Battle will feature two new gameplay experiences: A frenetic anti-personnel combat feature using anti-personnel omni directional mobility gear and an all-new wall reclamation mode focused on recovering outside territories. Here, players will have an ability to choose a leader of their squad, pick out the members they want to include – even members who were never together in the original work, and set out to reclaim the lands from the Titans. Thunder Spears will also be equipped for battle for the first time, allowing the take down of the Armored Titan when a normal blade just won’t cut it.”

If you already own Attack on Titan 2 you shouldn’t worry, as a DLC upgrade pack will be offered on top of the full game.