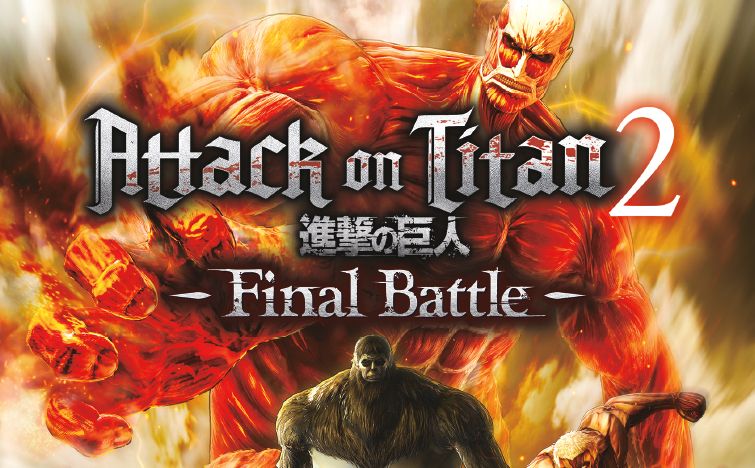 We get new screenshots, the English version of the trailer released this morning, and new details.

Below you can read the info on the story content included n the game. Yet, keep in mind that it may include spoilers in case you haven’t caught up with the current episodes of the anime series.

“Attack on Titan 2: Final Battle includes the anime’s Season 3, Part 1 and 2, in the new Character Episode mode. As the Scout Regiment’s fight against the Titans rages on, and the team gets closer to learning more about the mysteries of their colossal foes, there is a new revelation: Titans are not their only enemies. The Anti-Personnel Control Squad, led by the notorious Kenny Ackerman, is set on capturing Eren and Historia – no matter the cost. The Scout Regiment sets out to save their teammates, but they quickly learn that they cannot trust anyone within the walls they call home.

Fans will be able to experience this epic narrative through three different viewpoints: The Scout Regiment; the 104th Cadets; and the Warriors, focusing on Reiner, Bertholdt, and Zeke. Not only will Attack on Titan 2: Final Battle allow players to relive the exciting battles from the anime, but it will also allow them to experience extra plot points not featured in the show. Playing through these episodes provides greater context to what characters were doing behind the scenes of the main action.”

If you want to see more of the game, you can also take a look at a recent gallery of screenshots focusing on the story, the previous trailers showcasing the gatling and the Titan mode, the previous video showing the Thunder Spears, two more trailers showing more weapons, the first PS4 gameplay, the first trailer, and a batch of screenshots introducing the new characters that were released a few weeks ago by Koei Tecmo.

Attack on Titan 2: Final Battle is coming on July 5, 2019, for PS4, Xbox One, Switch, and PC. It’ll receive a demo in Japan, but it hasn’t been released in the west just yet.