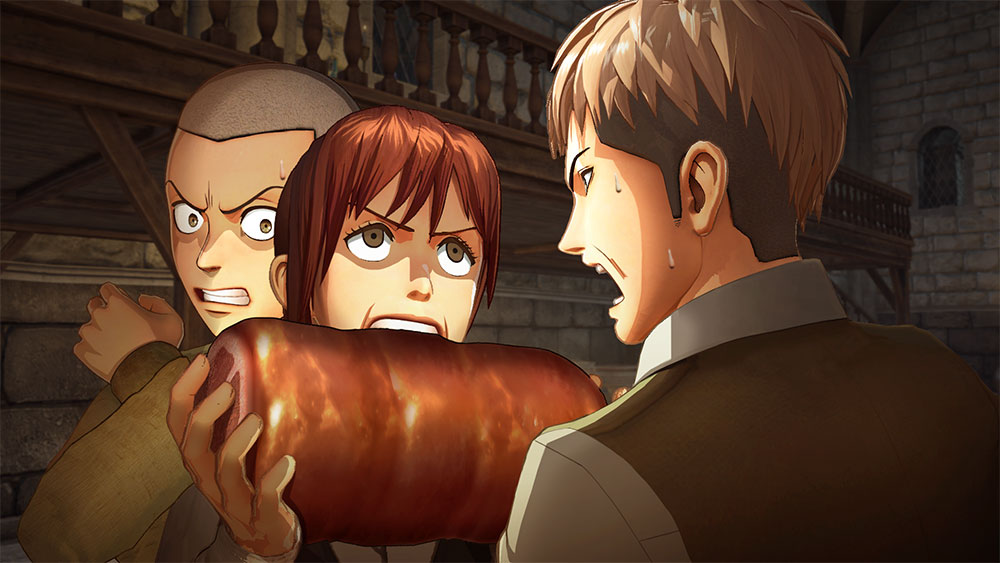 The new images focus on the “Character Episode” mode, which will be featured in the game. It won’t just include the first part of the third season of the anime series, but also the second part.

This is pretty cool considering that the second half of the third season of the anime just started airing a few weeks ago.

You can check out all the images below, keeping in mind that they may include spoilers in case you haven’t caught up with the current anime episodes.

If you want to see more of the game, you can also take a look at the latest trailers showcasing the gatling and the Titan mode, the previous video showing the Thunder Spears, two more trailers showing more weapons, the first PS4 gameplay, the first trailer, and a batch of screenshots introducing the new characters that were released a few weeks ago by Koei Tecmo.

Attack on Titan 2: Final Battle is coming on July 5, 2019, for PS4, Xbox One, Switch, and PC. It’ll received a demo in Japan, but it hasn’t been released in the west just yet.