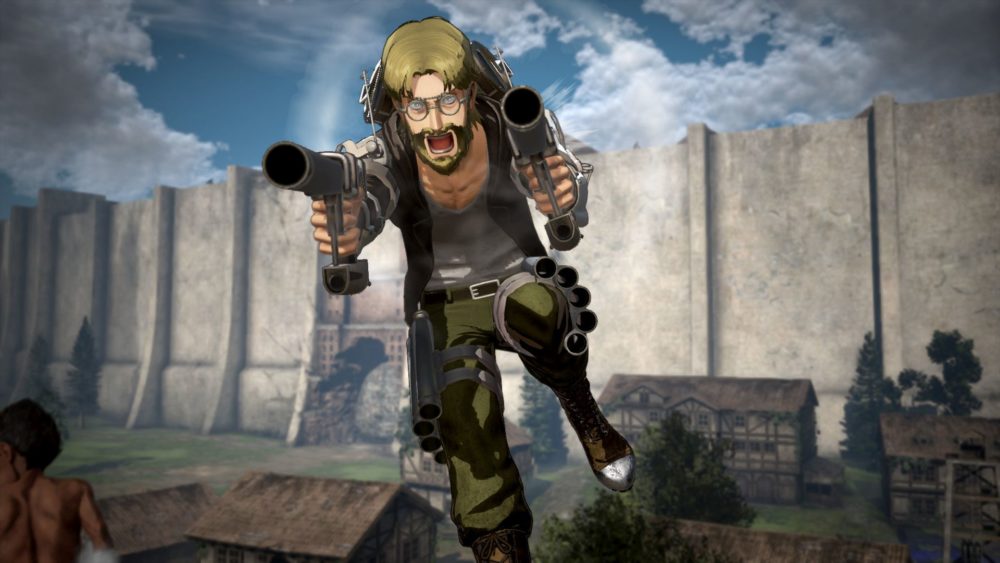 The first video focuses on one of the new weapons that we’ll get to wield in the game, which is basically a gatling, and that’s exactly how it’s called. Incidentally, it’s not just a gatling. It’s a quadruple gatling. If you want firepower, this seems to be a perfect choice.

The second trailer focuses on the ability to turn into a titan. This was also present in the original game, but here we get to see a brand new entry in action.

We’ll get over 40 playable characters and the story will expand into season 3 of the anime, creating a brand new and seamless experience that spans the three seasons. It will also include original chapters created exclusively for the game that will provide a new look at some members of the cast. On top of that, we’ll also be able to design and lead our own corps in the newly revealed Territory Recovery Mode.

You can check the new trailers out below. If you want to see more of the game, you can also take a look at the previous one showing the Thunder Spears, two more trailers showing more weapons, the first PS4 gameplay, the first trailer, and a batch of screenshots introducing the new characters that were released a few weeks ago by Koei Tecmo.

Attack on Titan 2: Final Battle is coming on July 5, 2019, for PS4, Xbox One, Switch, and PC. It’ll soon receive a demo in Japan, but this hasn’t been confirmed for the west.