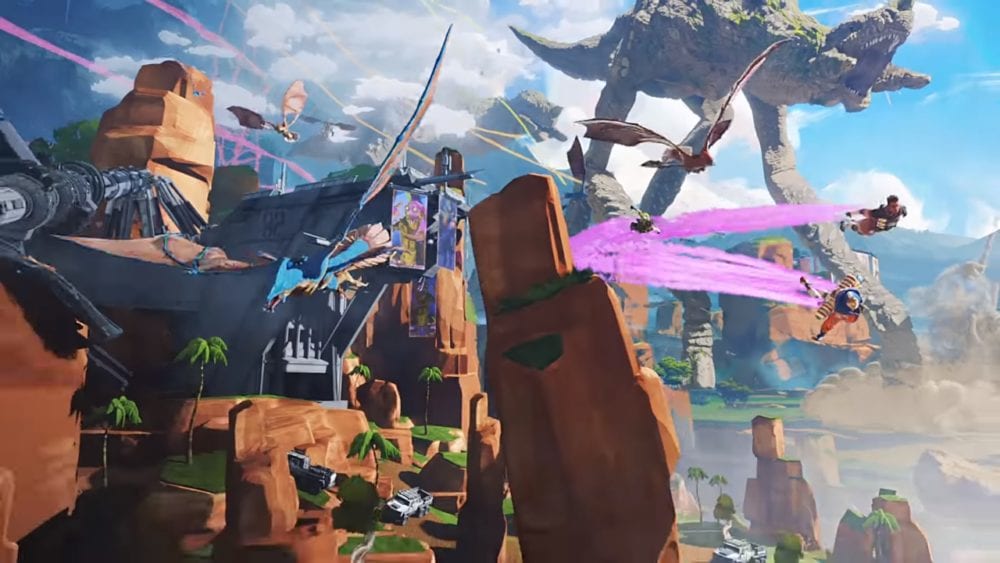 Respawn Entertainment released a launch trailer for the second season of content coming to its battle royale title Apex Legends starting on July 2.

The trailer is more of a short cel-shaded movie with a bit of hacking, lots of shooting, and an EMP blast that attracts dragons and giant dinosaur-like creatures. The large behemoths are shown walking through the game’s one map in the trailer, possibly suggesting that the map’s environment will physically change when the new season begins.

Another addition of Season 2, called Battle Charge, shown in the trailer is the newest playable hero, Wattson. Natalie “Wattson” Paquette is an engineer who can build electrified fences to slow enemies, an electrified pylon that destroys projectiles within range and repairs shields, and can fully charge that ability with one Ultimate Accelerant item as Wattson’s passive ability.

A new weapon coming to Apex Legends is the L-Star light machine gun, which can be found in care packages, has a limited amount of ammo, and can overheat.

A ranked mode will launch alongside the new season and a redesigned Battle Pass with more challenges and better rewards. All of this will come when Apex Legends Season 2 launches on Tuesday, July 2 for PC, PlayStation 4, and Xbox One.