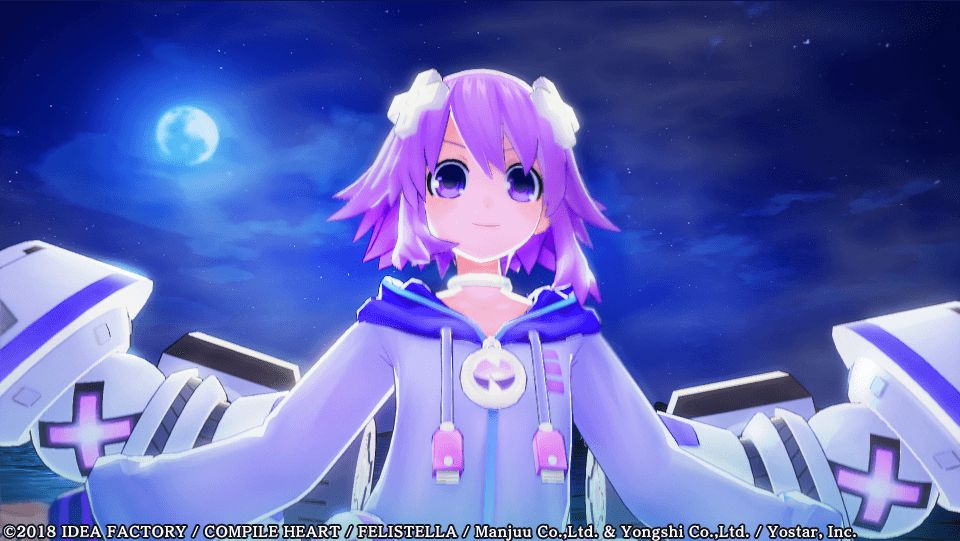 This time around we get voice samples for three of the shipgirls that we’ll be able to play. As usual, in order to hear them, you need to go to the corresponding page and press on the “voice” button.

The first sample is for Neptune, who isn’t the Royal Navy light cruiser HMS Neptune from Azur Lane, who actually hasn’t been announced for this game just yet. It’s actually Neptune from the Hyperdimension Neptunia series, available as a pre-order bonus.

The second is for Ajax, who calls the player “little pig” with that haughty attitude that you’d expect.

If you want to see more of the game, you can also check out the latest screenshots and gameplay details, the latest trailer,  some more screenshots showing newcomers Suruga and Shimakaze, and the trailer that revealed them. More assets include the reveal of Downes, a screenshot of Kaga, additional screenshots introducing Kongou and Mikasa, an older gallery of images and the first trailer.

Azur Lane: Crosswave will release on the Japanese shelves on August 29 exclusively for PS4. At the moment no release has been announced either for North America or Europe.