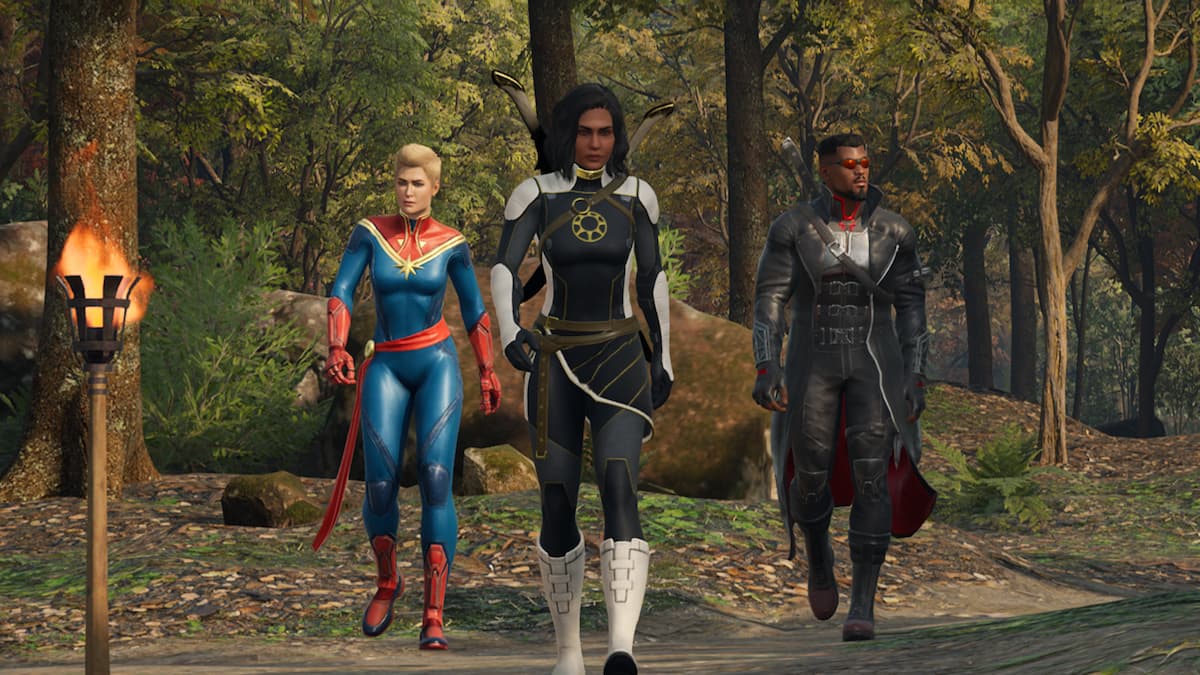 The combat system of Marvel’s Midnight Suns features a powerful set of cards that players can use to eliminate enemies. In total, there are three types of abilities to select: Attack, Skill, and Heroism. With this guide, we’ll focus on Skill cards in Marvel’s Midnight Suns to help you understand this crucial aspect of the game.

Skill cards allow players to gain supplemental effects, such as healing, damage boosts, and drawing additional cards. These particular items are typically not used for attacking the enemy, but they can significantly increase the strength of Attack cards. For example, if you encounter a high-level foe in Marvel’s Midnight Suns, you can use Doctor Strange’s card, Blessing of the Vishanti, to boost the damage of hero cards:

To change your selection in battle, several Skill cards let you draw more abilities, including Ghost Rider’s Hellmouth and Blade’s Make ’em Bleed. For instance, Make ’em Bleed provides players with two Blade cards and three damage enhancements in the character’s next turn. In addition, this move inflicts the Bleed effect on enemies at the end of each round.

Lastly, many Skill cards restore a certain amount of health, like Hunter’s Heal talent, to make you last longer in battle. Furthermore, each ability can be upgraded when players have two copies of one card type, resulting in a more powerful attack or skill set.

That’s everything you need to know about Skill cards in Marvel’s Midnight Suns. For more content, you can explore the relevant links below, including an explanation of the game’s Redraw mechanic.