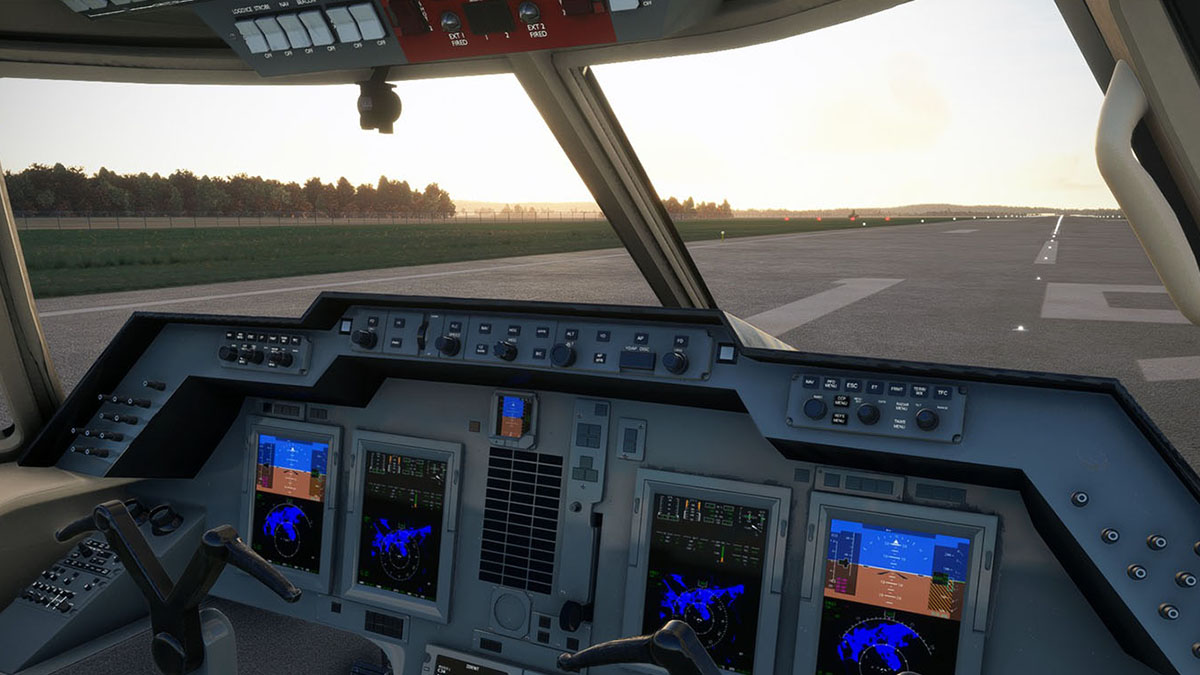 We start with Cockspur, which revealed a single but significant screenshot of its Hawker 800XP business jet showing the flight deck in its work-in-progress phase.

The developer is preparing its fifth beta version which might become the first release candidate.

Last, but not least, we move to Europe with TDM Scenery Design and a new look at Almería Airport (LEAM) in Spain.