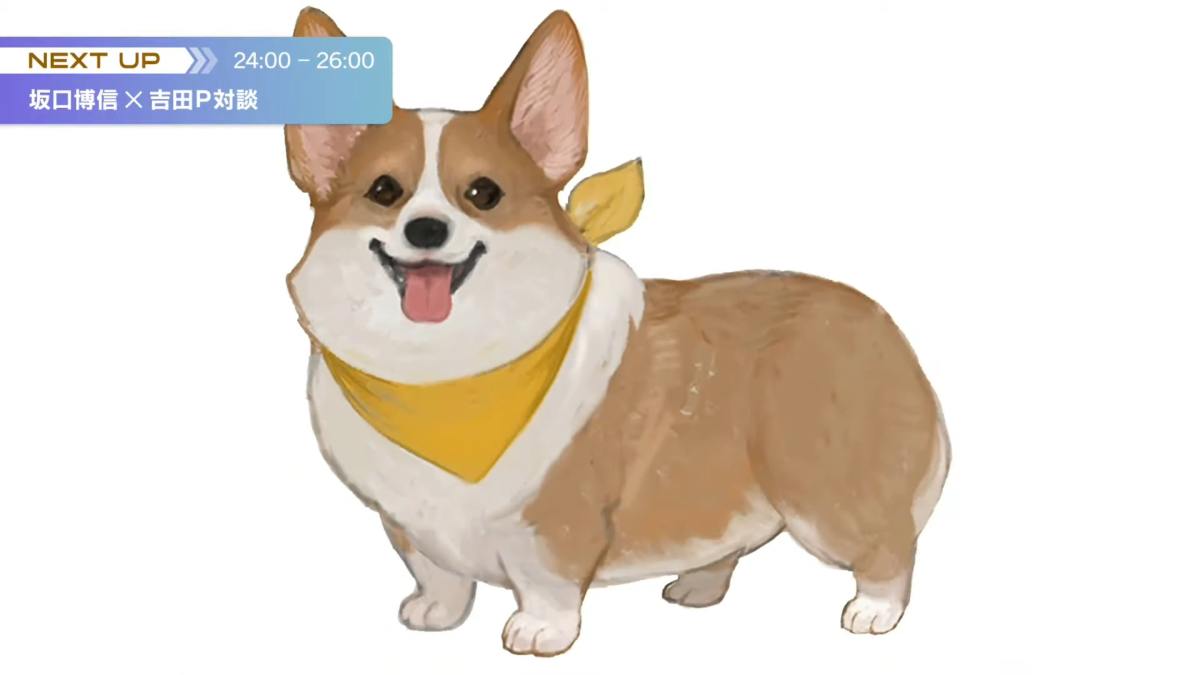 Today, during the latter part of the annual Final Fantasy XIV 14-hour livestream, Square Enix revealed the coming of a particularly adorable minion.

We hear that a corgi minion is coming in version 6.3, which is coming a few months from now. You can see artwork showcasing the minion above.

Interestingly, speaking of cosmetics, during the last segment Final Fantasy’s dad Hironobu Sakaguchi (who is a very dedicated Final Fantasy XIV player and especially interested in glamours) requested the implementation of a Kappa (Japanese water imp) costume. The developers responded that his request will be looked into.

Earlier in the livestream, producer and director Naoki Yoshida was asked whether a collaboration with Kingdom Hearts is possible. He mentioned that if it was to be done, he’d want to make it into something bigger than a simple collaboration, yet, he cannot make promises. He doesn’t know if it’s possible as it involves the business side of the company, and it would be very challenging to make it happen.

Earlier today, we learned that the game has passed 27 million registered players, alongside dates and information for update 6.25 and the North American Data Center expansion.

Brand new fan festivals in the United States, United Kingdom, and Japan have also been announced.