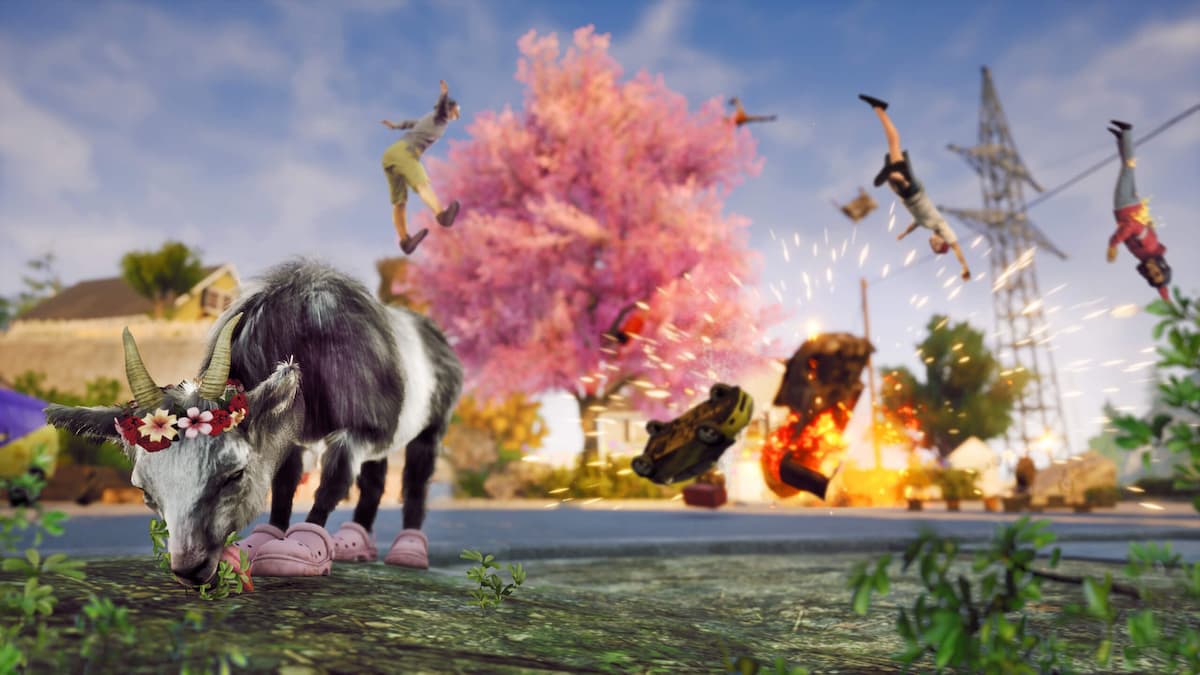 Goat Simulator 3 made its first debut at Summer Game Fest and surprised fans with a third installment, despite not having a sequel to the original. Now with this launch, we’ll know what wild and fun things we can expect to do once the game releases.

You can check out the gameplay trailer from Coffee Stain’s official Youtube here:

In this third-person sandbox adventure game, you’ll explore the island of San Angora, a place filled with challenges, events, and multiple places to cause mayhem. As a player, you can either experience the world of Goat Simulator 3 solo or partake in co-op adventures with up to four players.

One of the primary reveals of the trailer showcased a few minigames, such as a soccer tournament, driving competitions, and an all-out battle against goats. You can also travel the island in fashion with the vast collection of gear, like construction cones, toilet rolls, and even tea trays. Additionally, you’ll be able to use various transportation mechanics, including flying around in your jetpack to cause even more destruction in San Angora.

If you want to play Goat Simulator 3, you can pre-order it now on Epic Games Store, Xbox Series X|S, and PlayStation 5, and anticipate its launch on Nov. 16, 2022. For more Gamescom releases, you can check out the Callisto Protocol gameplay trailer, Destiny 2 Lightfall, and the launch of Sonic Frontiers.