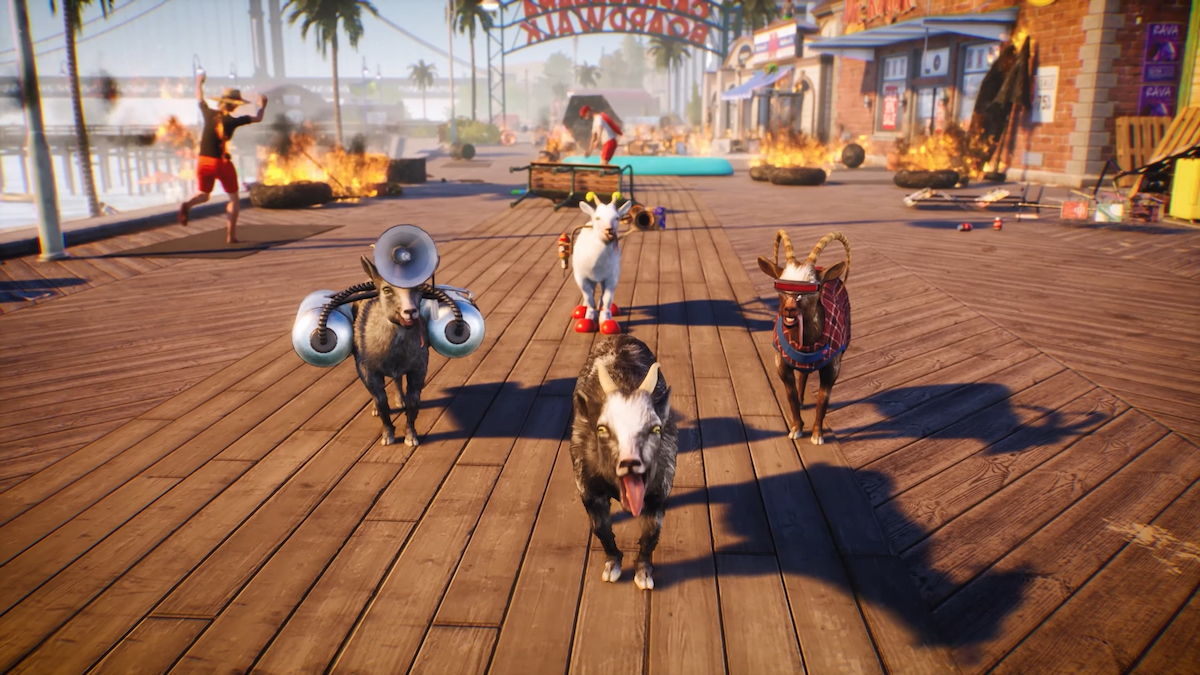 An announcement trailer for the chaotic Goat Simulator 3 was just debuted at Summer Game Fest.

Developer Coffee Stain Studios showed off the wild new trailer for the next instalment in the janky physics-based franchise, and you can see it for yourself below:

The trailer announcing the sequel continued the joke of its predecessor, which parodied the Dead Island trailer. Goat Simulator 3’s trailer riffed on the Dead Island 2 trailer from eight years ago, which has still yet to be released.

You can read a brief description of the game below:

Pilgor’s baaack! Gather your herd and venture forth into Goat Simulator 3; an all-new, totally realistic, sandbox farmyard experience. Invite up to three friends in local or online co-op, create carnage as a team, or compete in mini-games and then not be friends anymore. Coming to PC in the Fall.

While the game classes itself as a ‘simulator,’ the game is anything but. The janky physics-based gameplay is all about doing completely outrageous things, like summoning the devil, or literally destroying an entire town.

Goat Simulator 3 is coming to PC in Fall this year, exclusively to the Epic Games Store.

Our Summer Game Fest coverage is ongoing, be sure to keep checking the Twinfinite home page for all the latest news from the event!