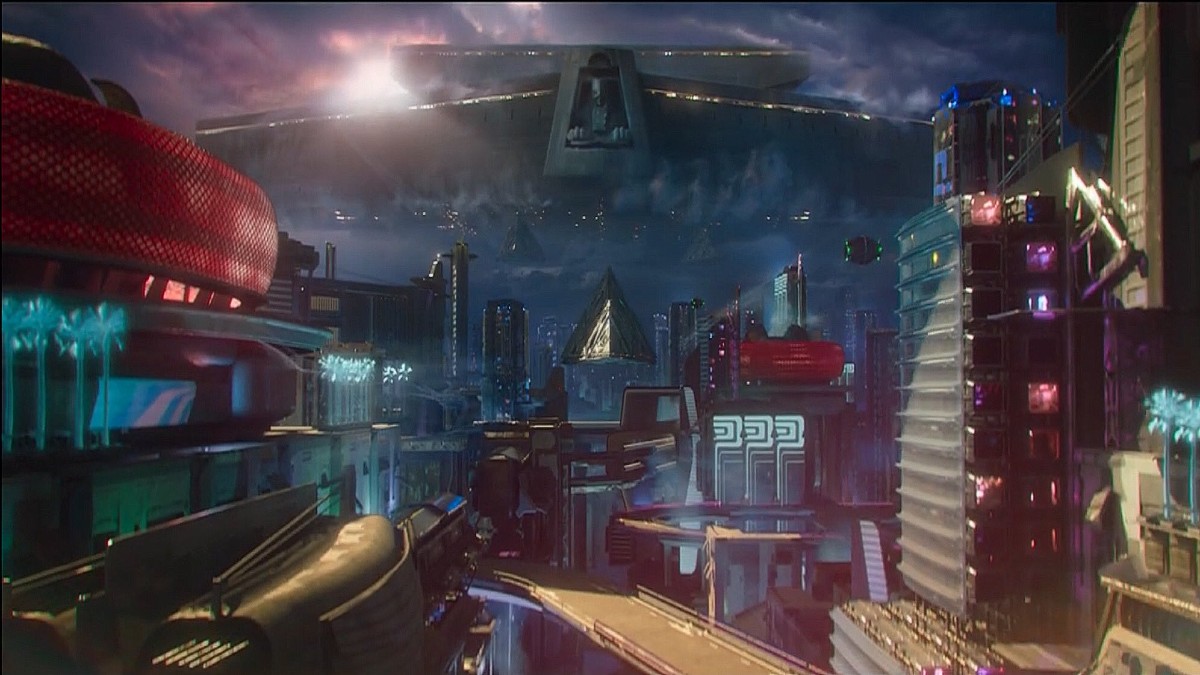 The Lightfall DLC for Destiny 2 has been officially revealed, and now, we have our first official look at the upcoming gameplay for it. From exploring the new world of Neptune to fighting a new army of Calus, and now using a brand new darkness subclass, Strand, Lightfall has a lot of goodies for us.

First shown off was the new location Guardians will explore in the Lightfall DLC, Neomuna, a city on Neptune. Neptune is a brand new location for Guardians as well. Here we get a glimpse of this sci-fi city filled with tall skyscrapers and bright colors to go with them. We also got details on the imposing threat to the city, a newly empowered Cabal army sent by Calus, the freshly appointed disciple of the Witness.

The new army of darkness, the Shadow Legion, is a new Cabal enemy type Guardians will face in Lightfall, who are besieging the city in search of a specific item, and it is up to the Guardians to stop Calus before he reaches his goal. But they’ll have access to a new source of power in the form of the aforementioned Strand subclass.

Destiny 2 Lightfall DLC will release on Feb 28, 2023. But until then, we have plenty to talk about in the meantime. For more related info and other Destiny 2 news, including frequent updates of what’s coming in the universe, check our related articles below.