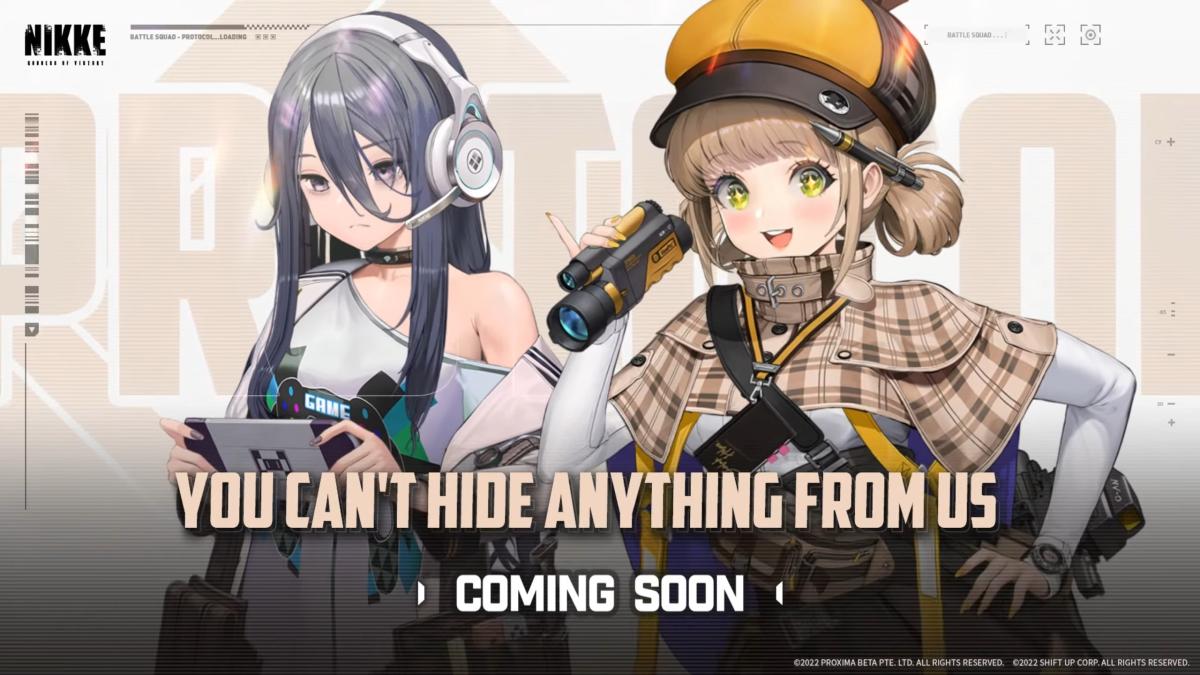 The trailer features one of the squads of heroines included in the game, Protocol Squad, formed by Sherlock Holmes fangirl Novel, armed with the submachine gun Sixth Sense, and the nerdy hacker Exia, armed with the sniper rifle Utopia Unsealed.