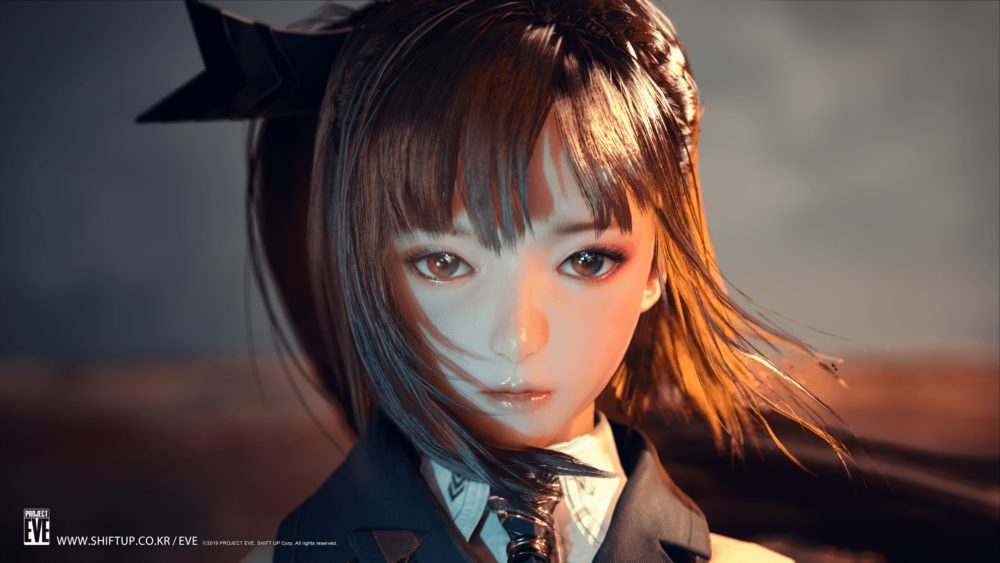 If you’re unfamiliar with Shift Up, it’s the company behind the popular mobile game Destiny Child and its CEO is famous artist Hyung-tae Kim, also known for his gorgeous character design in the Magna Carta series and in Blade & Souls.

Project EVE is developed in Unreal Engine 4 with the aim to launch an AAA game for the global market. It’s a single-player action RPG for PS4, Xbox One, and PC (via Steam), Its setting os post-apocalyptic and besides Hyung-tae Kim himself, its staffed by the core members behind Blade & Souls.

It doesn’t yet have a release window, but below you can see a trailer and a few screenshots.

NIKKE: The Goddess of Victory is a mobile third-person-shooter created in Unity and using Live2D 3.3 tech, focusing on simple controls (shooting is done automatically) and beautiful visuals.

It features a vertical view that allows you to play by holding your cellphone upright and charming art by another of Destiny Child’s illustrators, Kim Hyung-seop.

The player can take cover from enemy fire, and will automatically attack when aiming in order to create a simpler control scheme on mobile platforms. In addition to that, various characters will have different skills.

The story features a distant future in which humanity has been driven underground by metallic aliens. The development of battle androids marks the beginning of humanity’s comeback. People call them the “Goddess of Victory” or “Nikke.”

This game is coming in 2020 and will also target the global market. You can check a trailer and screenshots below.