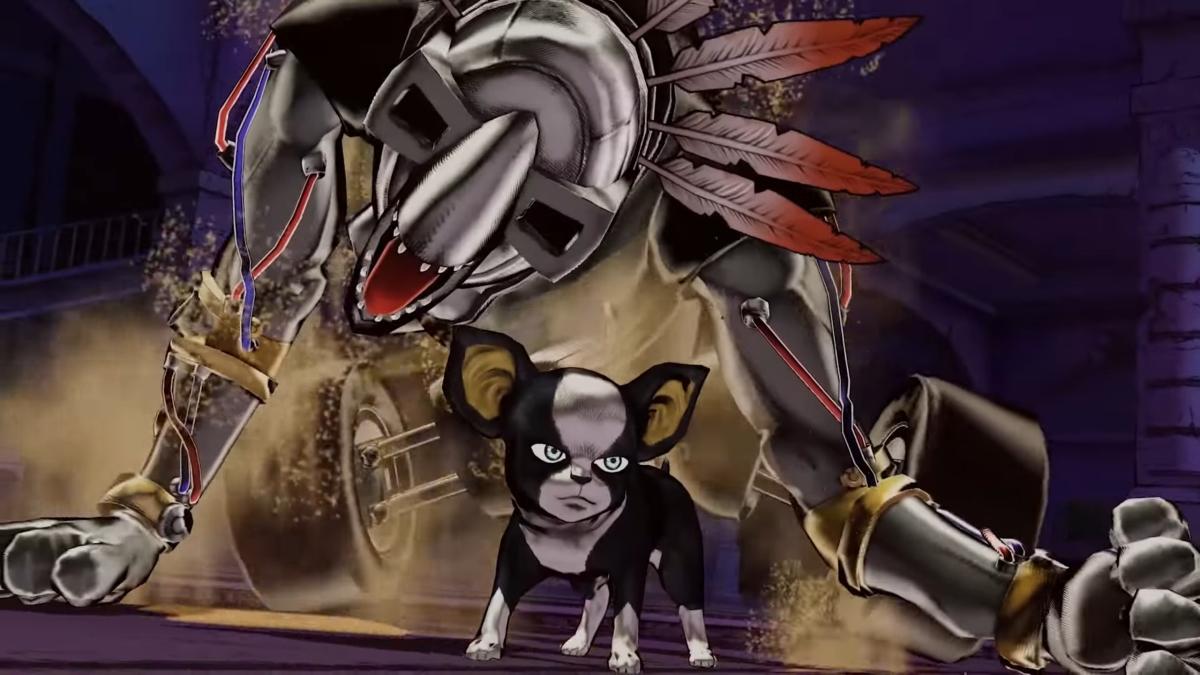 The video showcases Iggy, the canine stand-user who appears in the manga and anime’s third arc, Stardust Crusaders.

Of course, we also get to see his stand The Fool in action.