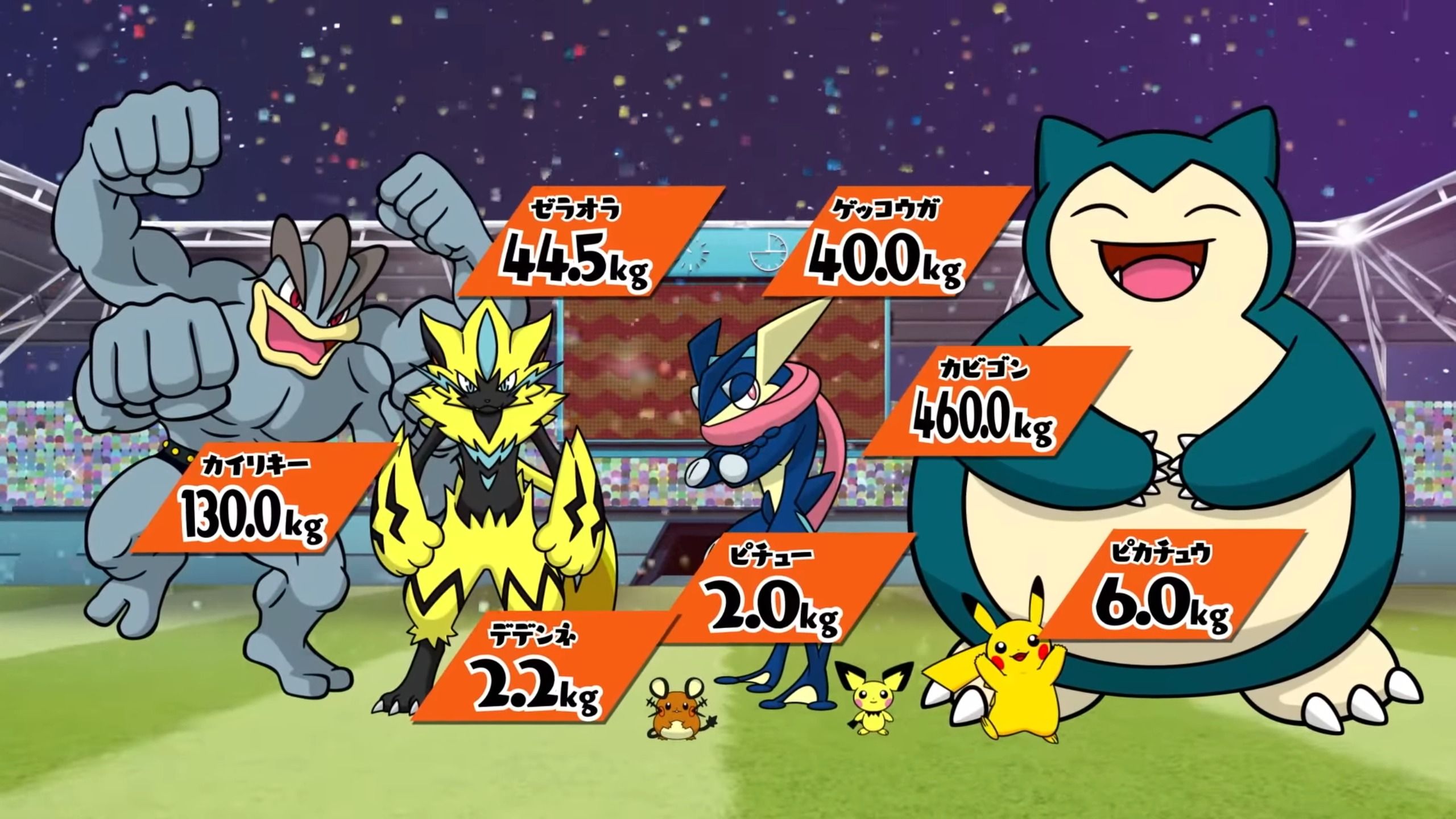 Today a new Pokemon video was published, and it’s a rather cute one, focusing on the weight of some of the popular Pokemon.

The animated video places Pikachu, Pichu, Snorlax, Dedenne, Zeraora, Greninja, and Machamp on a seesaw, in a competition to find out who is the heaviest.

You’d think the heaviest would be Snorlax, but the final result may prove surprising.

You can also enjoy the recent Pokemon Air Adventures event hosted last week in Okinawa, including a super-cute Pikachu Parade and a live concert with the local band HY in the local town of Chatan.

Recently, Converse announced a rather spiffy collaboration with the franchise, at least for now limited to Japan. Another collaboration with Uka brought up some charming Pokemon-inspired nail polish colors while Lucario was made the official support pokemon of radio calisthenics exercise to encourage Japanese children to keep in shape.

One thing is for sure: Japan loves Pokemon, and you can find the lovable critters pretty much everywhere.