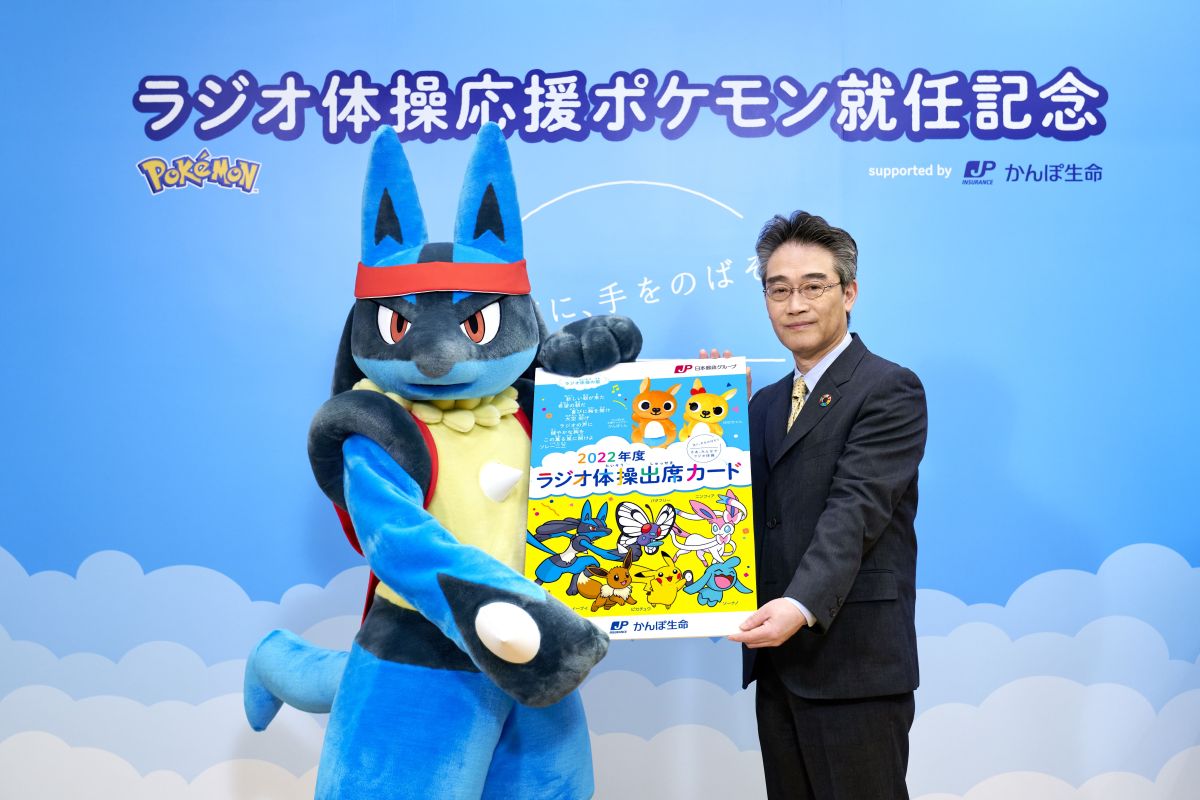 Considering the popularity of the Pokemon franchise in Japan, it isn’t surprising that it’s associated with many social and promotional initiatives.

Today Japan Post Insurance announced that the popular Lucario has been named the official support pokemon of Radio Calisthenics.

If you’re wondering what that is, it’s a popular method of warm-up exercise born in Japan all the way back in 1928 and traditionally executed with music guidance from radio broadcast, hence the name.

The initiative aims to encourage children to exercise and support their physical fitness development that may have been weakened by the pandemic.

Among other things, Lucario will be present at the award ceremony of the 9th National Elementary School Radio Calisthenics Contest, which will prompt schools to send videos of their exercises between June 1 and August 12, 2022.

A video has been released, which you can check out below, and a Radio Calisthenics attendance card featuring Lucario and other pokemon will be distributed to elementary schools in Japan. 10 million copies of this card will be printed and distributed through post offices in June, prompting children to collect stamps by attending Radio Calisthenics sessions.