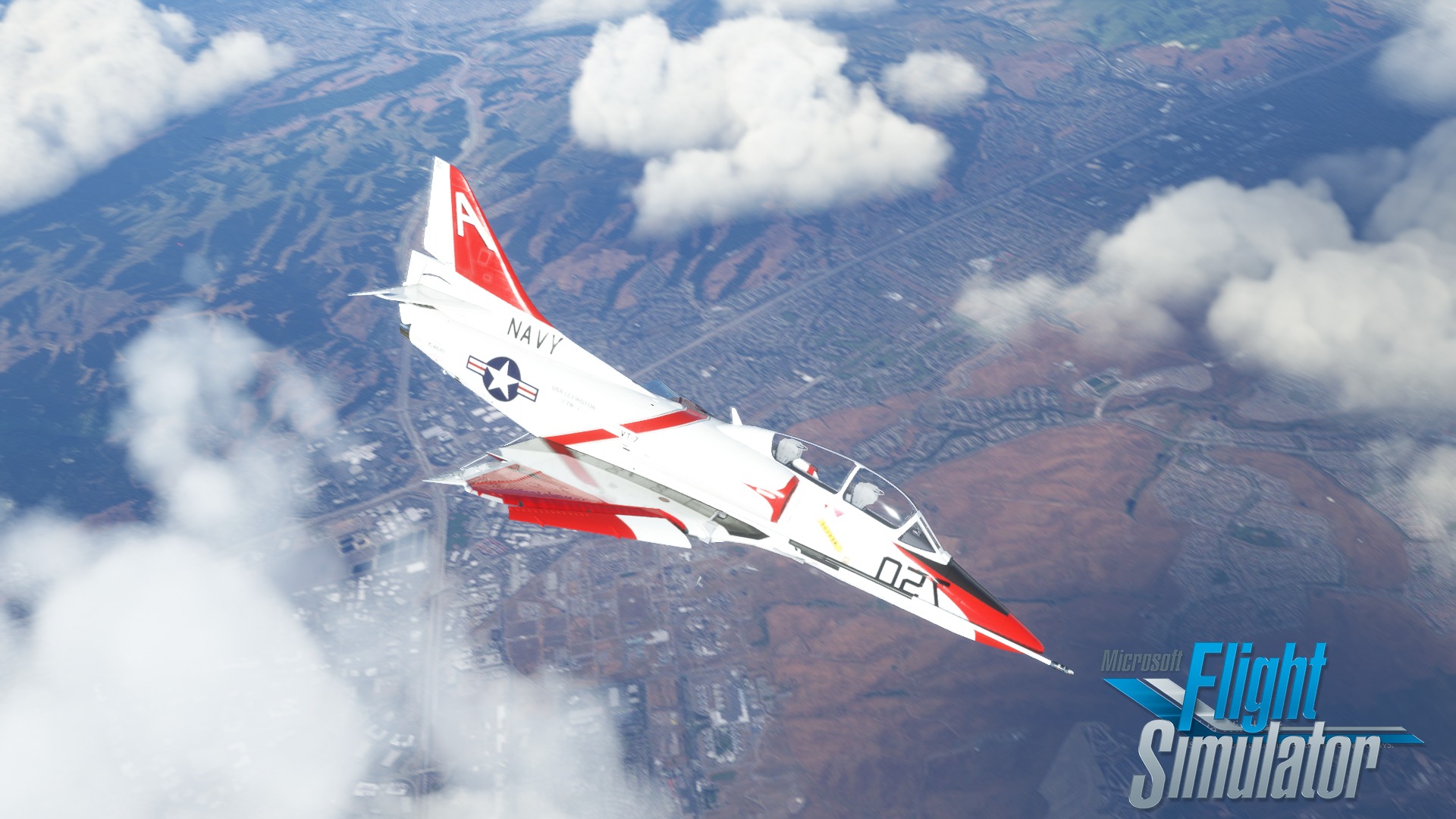 Today third-party developers had new assets and releases to share regarding add-ons for Microsoft Flight Simulator.

First of all, we get a development update from IndiaFoxtEcho, which revealed progress done on the Sukhoi Su-31 and M-346 Master, on top of announcing the TA-4J Skyhawk and revealing the first screenshot. We also hear a bit about the Eurofighter Typhoon.

SU-31 – RELEASE SOON! We have been trying to release the SU-31 in these days, but we were not happy with the quality of the Release Candidate builds. That being said, the latest build seems much better and we think that the package will be available before Easter.

M-346 – WIP We apologize for the lack of news on this project, but a couple of weeks ago one M-346 crashed in the real world and one of the pilot died. Therefore we refrained from posting anything on our recreational virtual rendition.The project is looking very good and it is moving forward at a steady pace – we hope it will be available for release before summer.T

A-4J – FIRST SCREENSHOT We have started doing some “serious” work on our Skyhawk family for MSFS. As for our other project, we do not want this to be a lazy conversion from our P3D assets: we have started reworking the external model to fix a number of inaccuracies, while the virtual cockpit will be redone from scratch. It looks promising but it will take a while before it will be ready.

EUROFIGHTER – WIP We are working hard on it, but it is still too early to show you anything… more news soon.We are also working on a lot of other things, including some VERY interesting partnerships we cannot discuss at the moment…and let’s not forget about DCS! We’ll provide some news for DCS crowd very soon!

Next, we take a look at the Airbus A330 by Aerosoft, including the first look at the flight deck (which still requires dirt and grime to be added) and modeling work done on the landing gear bays.

We also get to see two more images of the VDGS system being prepared for Brussels Airport (EBBR) in Belgium, and a few more of a tanker (Suez-Max class) for the North Sea Industry package.

Speaking of A330, Headwind released the 1.0 version of the freeware Airbus A330neo, which can be downloaded from Flightsim.to.

Below you can read the update notes.

It can be purchased on the developer’s own store for 21,42€.

It can be purchased on the developer’s own store for 11,90€.

It can be purchased on SimMarket for $10.75 plus applicable VAT.