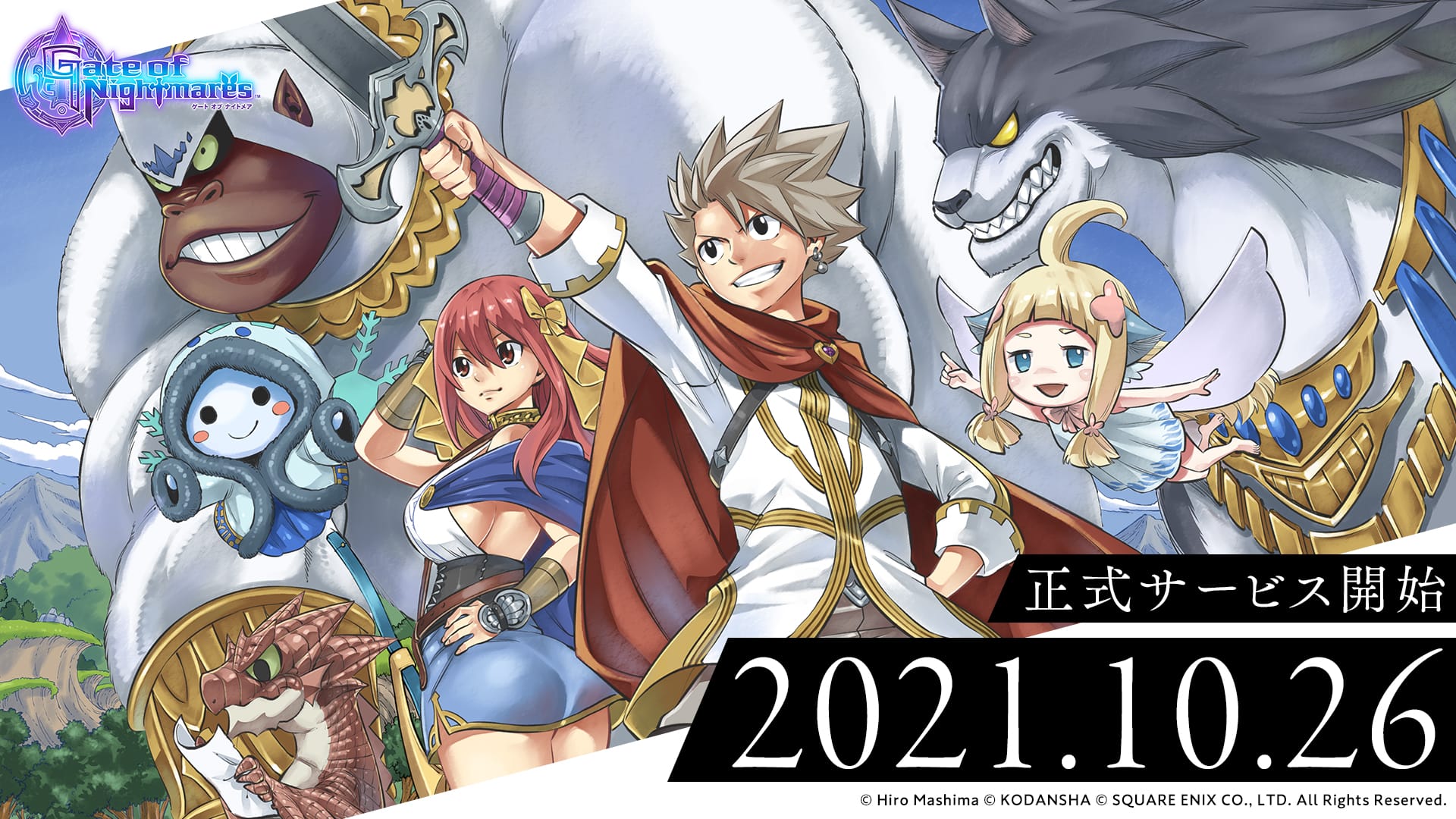 Square Enix has announced the Japanese release date of Gate of Nightmares, an upcoming mobile JRPG that carries the signature of popular mangaka Hiro Mashima.

The game will launch locally on October 26, for iOS and Android.

We also get a brand new “final” trailer showcasing more of the story, its characters, and gameplay.

These follow the release of recent trailers for Azel and Emma, those portraying Merle and Oliver, the promotional videos for Elena Maria, Nord, Estio, Jigair, and Abigail, the trailer revealing Luka, the one featuring Olivia, the batch focusing on Oristoll, Allen, Leonis, and Barthus, the one focusing on Euphoria, Varcelio, Segerpop, Cider, and Tom, and more showcasing Luisa, Miguel, Beatrix, Serena, Lamberka, Belaire, Lumina, Saeed, Melkarea, Sigma, Marro, Ronja, and Mei Fang.

Gate of Nightmares was initially announced back in April for iOS and Android, and if you’re not familiar with Mashima-sensei’s creations, he’s the mangaka behind Fairy Tail and Edens Zero. For this game, he designed the characters and created the world.