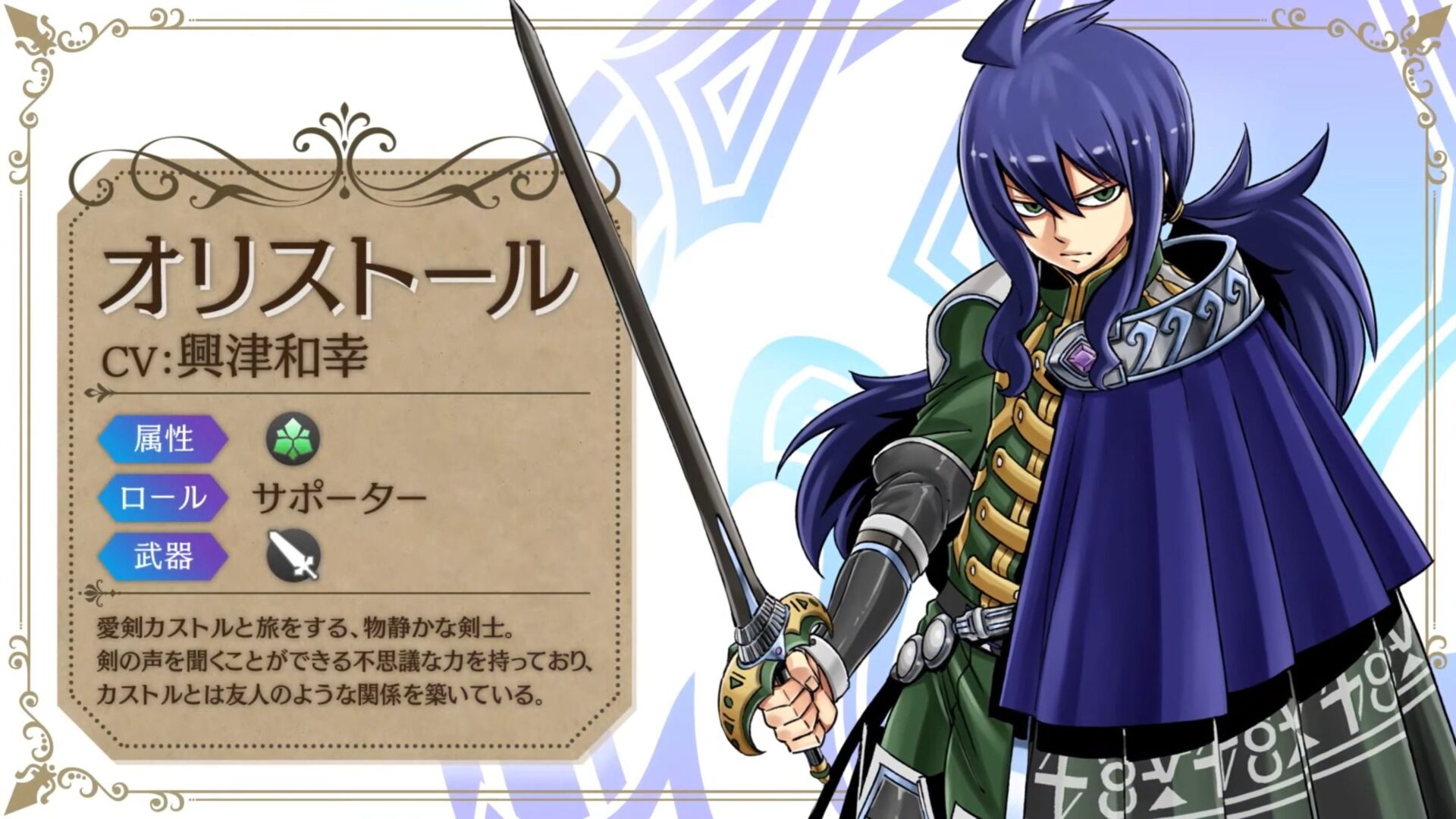 The trailers reveal more characters who will be playable in the game, Oristoll, Allen, Leonis, and Barthus.

These follow the release of recent trailers for Azel and Emma, those portraying Merle and Oliver, the promotional videos for Elena Maria, Nord, Estio, Jigair, and Abigail, the trailer revealing Luka, and the one featuring Olivia.