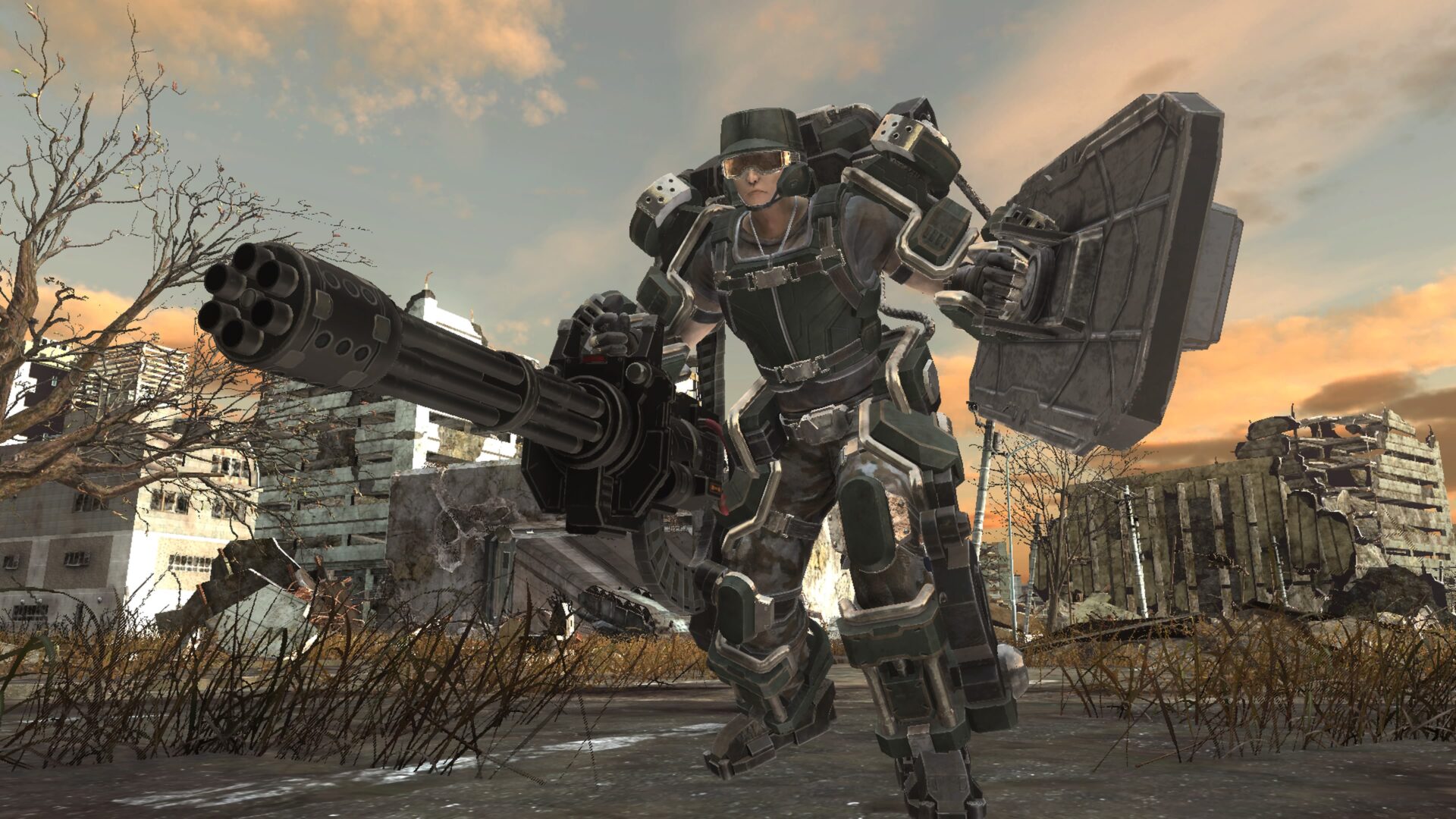 We get to see two different segments of gameplay. The first is in single-player, while the second is in co-op multiplayer.

Incidentally, the second segment shows the now-familiar red sky, which is likely a sign of the aliens remodeling the Earth’s atmosphere to suit their needs, which is a rather dire situation.

If you want to see more of Earth Defense Force 6, you can check out a batch of images released last year, and another, the first gameplay, the first trailer, more screenshots, and another gallery, one more, even more gameplay, and the latest footage alongside another trailer from Tokyo Game Show.