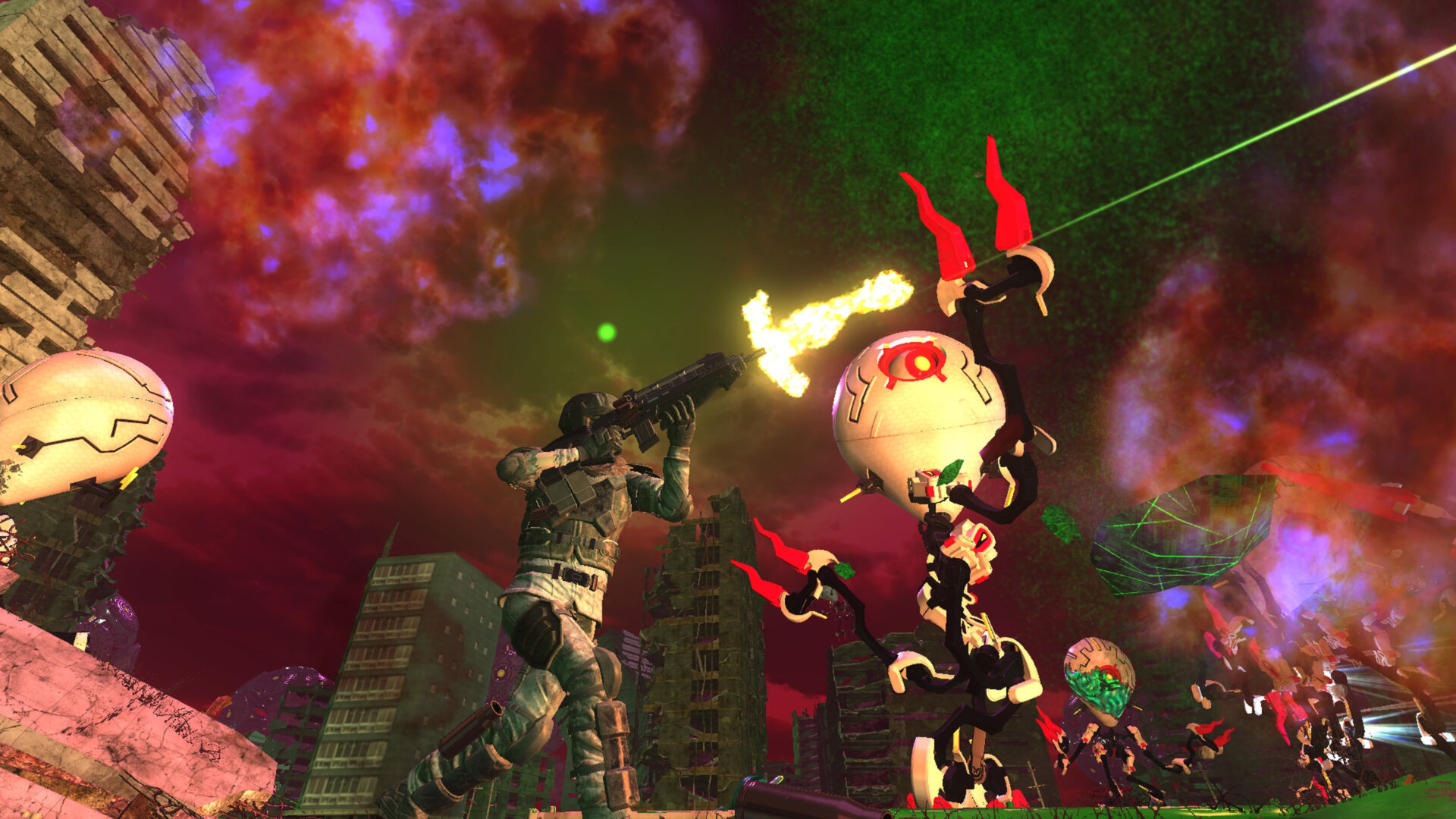 We get to see two different situations, starting with a battle in the underground part of our base invaded by the aliens, following by one back on the surface, with an ominous crimson sky above us.

That is likely a sign of the aliens remodeling the Earth’s atmosphere to suit their needs, which is a rather dire situation.

You can check out all the gameplay below.

At the moment, no western release has been announced for Earth Defense Force 6, but D3 Publisher has been doing a good job at localizing its games, so there is certainly hope.

It’s worth mentioning that, while Earth Defense Force 6 doesn’t yet have any confirmed platform, PlayStation published its previous trailer, so it’s likely that it’ll at least come for PS5 or PS4.

If you want to see more of Earth Defense Force 6, you can check out a batch of images released last year, and another, the first gameplay, the first trailer,  more screenshots, and another gallery, one more, and the previous gameplay.