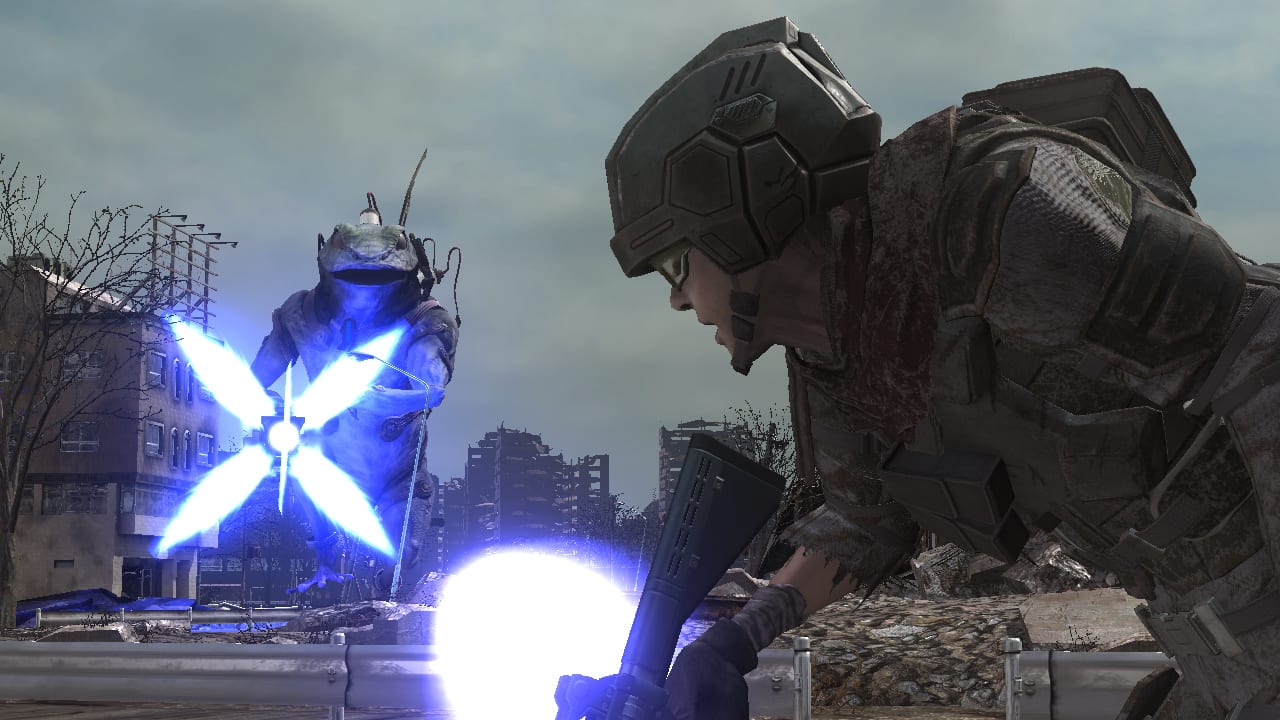 Producer Nobuyuki Okajima introduced the gameplay mentioning that the game is still very much work in progress and the graphics aren’t final, while the voice-overs are missing in the current build.

He also explained that while he was playing with a PS4 controller, the hardware the game was running on isn’t necessarily a PS4, so we shouldn’t take this as a platform announcement.

We also hear that the release is likely to come in second half of 2021.

Interestingly, we get to see how buildings can be completely destroyed by rocket launchers and the giant aliens can be dismembered.

The game is set three years after Earth Defense Force 5, with the situation significantly deteriorated for the EDF and Earth in general, as shown by having to mount cannons on trucks.

If you want to see more, you can check out a batch of images released in July and one from earlier today.

During the same event, we also saw the first single-player and co-op multiplayer gameplay of Earth Defense Force: World Brothers for PS4 and Nintendo Switch in addition to a new trailer.

On top of that, D3 Publisher also showcased the first gameplay of the upcoming JRPG Maglam Lord, which is also coming from PS4 and Nintendo Switch from the developers of Summon Night 5. Gameplay of Abyss of the Sacrifice for Switch and PC was also revealed.