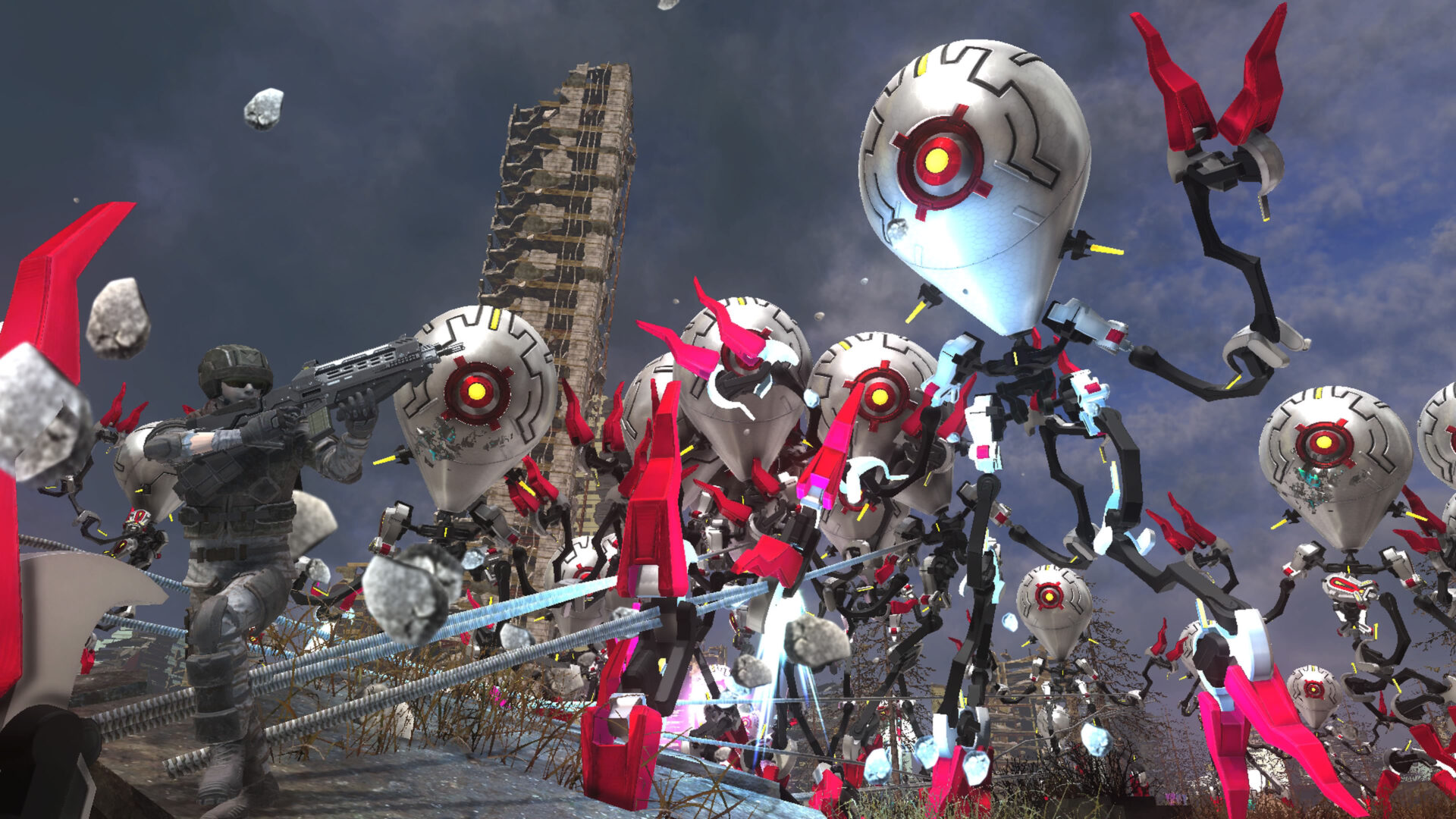 We get to see more alien species and types including giant android cyclops, spaceships, drones, and powered-up ants and spiders. Incidentally, if you suffer from Arachnophobia, you may want to skip the gallery below.

The screenshots also showcase how the world has changed due to the spawning of massive alien “trees” that are 1 km-tall and seem to be devices to change the atmosphere.

We also see how humanity had to retreat underground while resisting invasive attacks from alien insects.

You can take a look at the large gallery below.

If you want to see more of Earth Defense Force 6, you can check out a batch of images released last year, and another, the first gameplay, the first trailer,  more screenshots, and another gallery, and the previous gameplay.