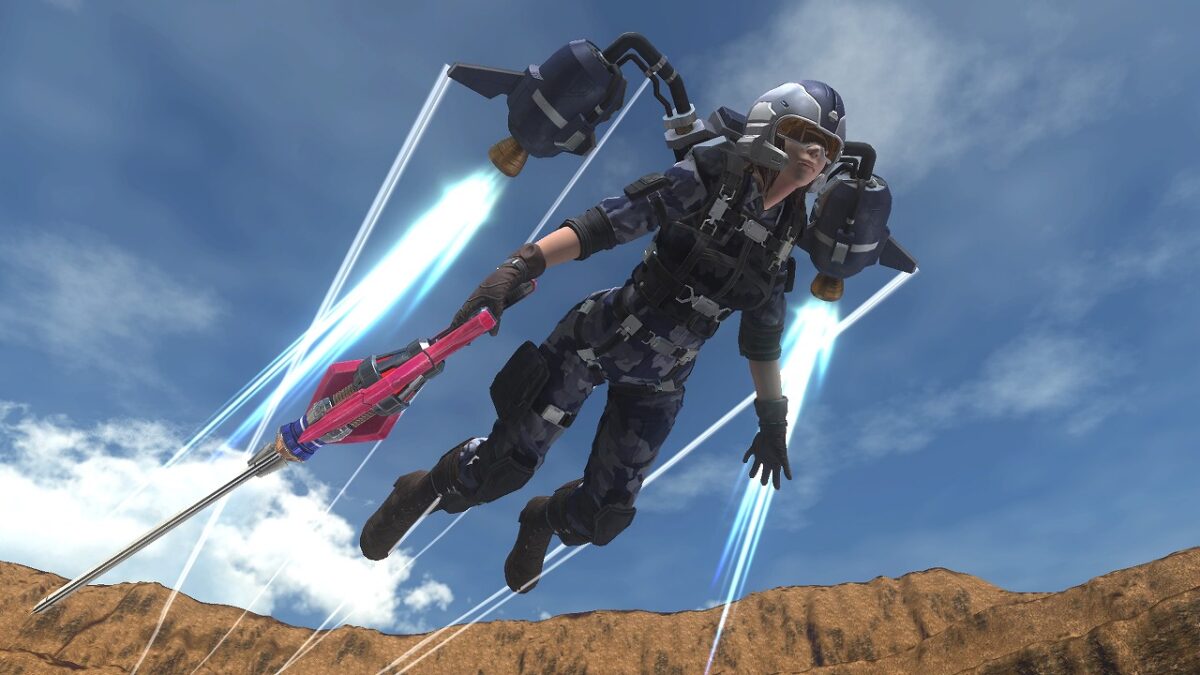 The scereenshots showcase plenty of the usual aliens including giant cyber frogs and ants.

More screenshots showcase Base 251, located in a city in ruins and mostly underground It was built with the perspective of a war of attrition against the alien invaders, so now that society has collapsed, it’s a hub where to find supplies. It’s said that despite the fact that the organization of the EDF doesn’t function anymore soldiers can use these bases to resist for about three years.

Base 251 is also where the story of the game begins. The protagonist is a rookie soldier and we get to meet the Captain, the commander of the base, and the Professor, a former senior researcher who worked for the EDF.

As for classes, we see that Rangers have new actions, including vault and climb. Wing Divers also make a comeback,

Earth Defense Force 6 is coming in 2021 at least in Japan. Platforms have not been announced officially, but considering that Sony has published the first trailer a few days ago, we can assume it’ll come to at least one PlayStation console.

If you want to see more, you can check out a batch of images released last year, and another, the first gameplay, and the first trailer.

If you can’t wait for more Earth Defense Force, the definitely more light-hearted EDF: World Brothers is coming on May 27, 2021, for PS4, Nintendo Switch, and PC: