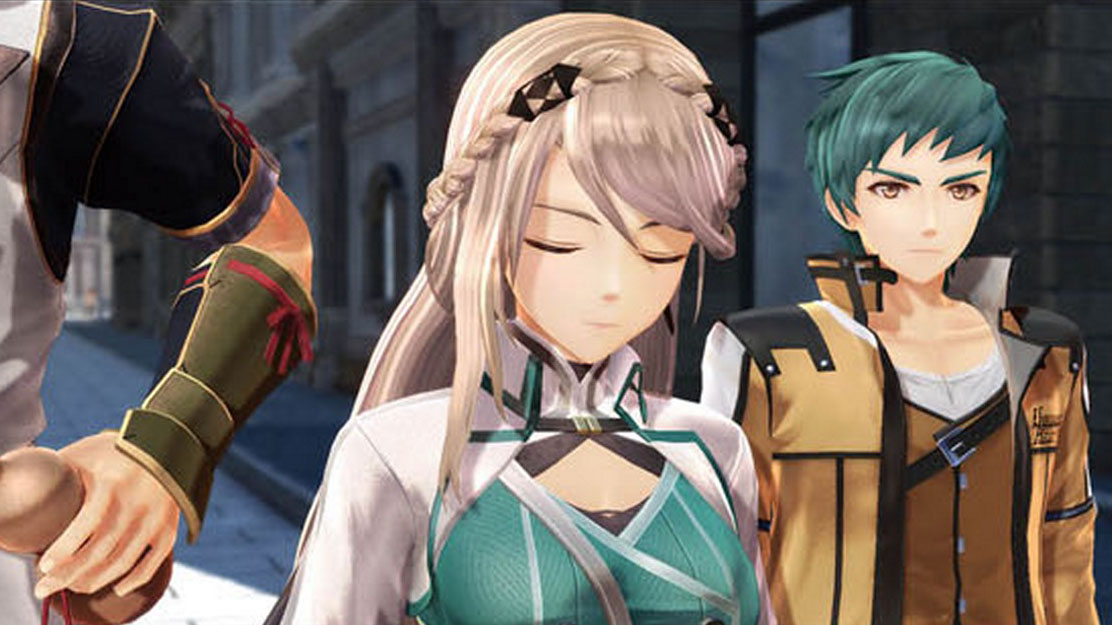 Today’s issue of Weekly Famitsu included a spread on the upcoming Trails JRPG The Legend of Heroes: Kuro no Kiseki.

We get to meet two new characters, Elaine Auclair and René Kincaid. Both are the hero’s childhood friends, having spent their school days together.

Elaine bears the nickname “Sword maiden” and has achieved remarkable results both domestically and abroad. At the young age of 23, she has reached the top rank of the Calvard Bracer Guild and she’s now 24.

René is a gun-wielding 25 year-old man who belongs to the CID, Central Intelligence Department.

We also take a look at the “LGC Aligmnent” system. LGC Stands for “Law, Grey, Chaos” and it’s pretty much what you would expect.

The hero has an alignment stat for each of these values, which changes depending on the player’s decision during the main story or quests.

As a result, abilities and story development (including allies and enemies) after the middle of the game will be influenced by this parameter.

No western release has been announced for now (and probably we shouldn’t expect that announcement too soon), but you can also check out the first screenshots and more details, the second gallery, a third, the first gameplay, more footage, and even more gameplay.