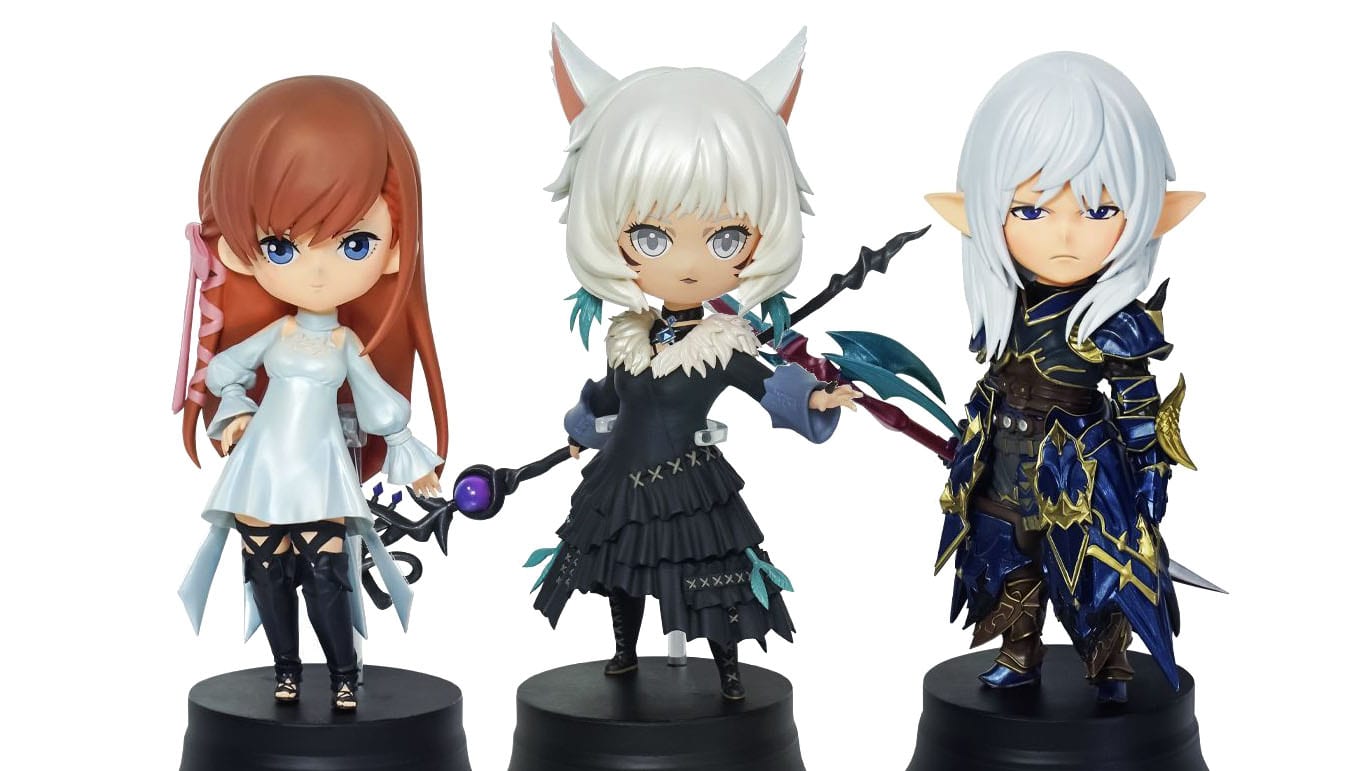 You can find all the available merchandise on the North American, European, and Japanese stores.

Most of the items are in common, but the apparel differs between North America and Europe, and Japan is geting a few items that aren’t going to be available in the west.

Perhaps the most interesting items are minion figures for Y’Shtola, Ryne, and Estinen priced at $59.99 each.

You can check them all out below. Do keep in mind that if you’re interested in in-game items, a Lunar Whale mount and Final Fantasy IV minions have been revealed earlier today.

The Fan Festival will be livestreamed online for free on May 15 and May 16. It’ll be two days full of content including live concerts, events, and plenty of news about the new expansion, Endwalker.

Yoshida-san also shared many details about the upcoming 5.5 update.