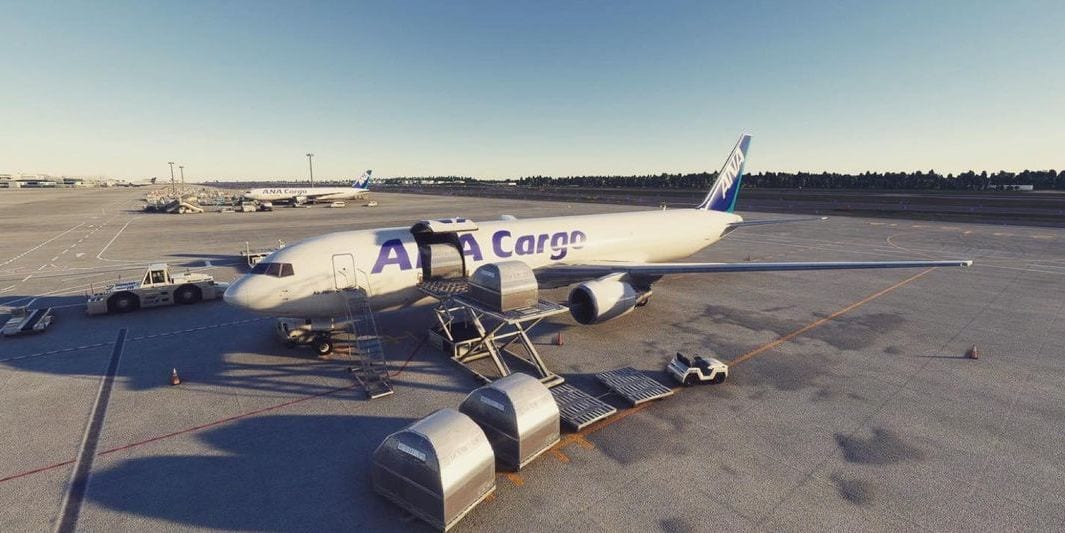 The screenshots, shared on the developer’s Instagram account, showcase the static aircraft which will be parked on the aprons and in the hangars.

Not only they include full physically-based materials, giving them a more realistic look, but a lot of attention appears to have gone into creating interesting scenes with equipment and cargo around them.

You can check the images below.

At the moment, Drzewiecki Design has not announced a release date for the airport, which is the second-busiest in Japan for passenger traffic and the busiest overall for cargo operations.