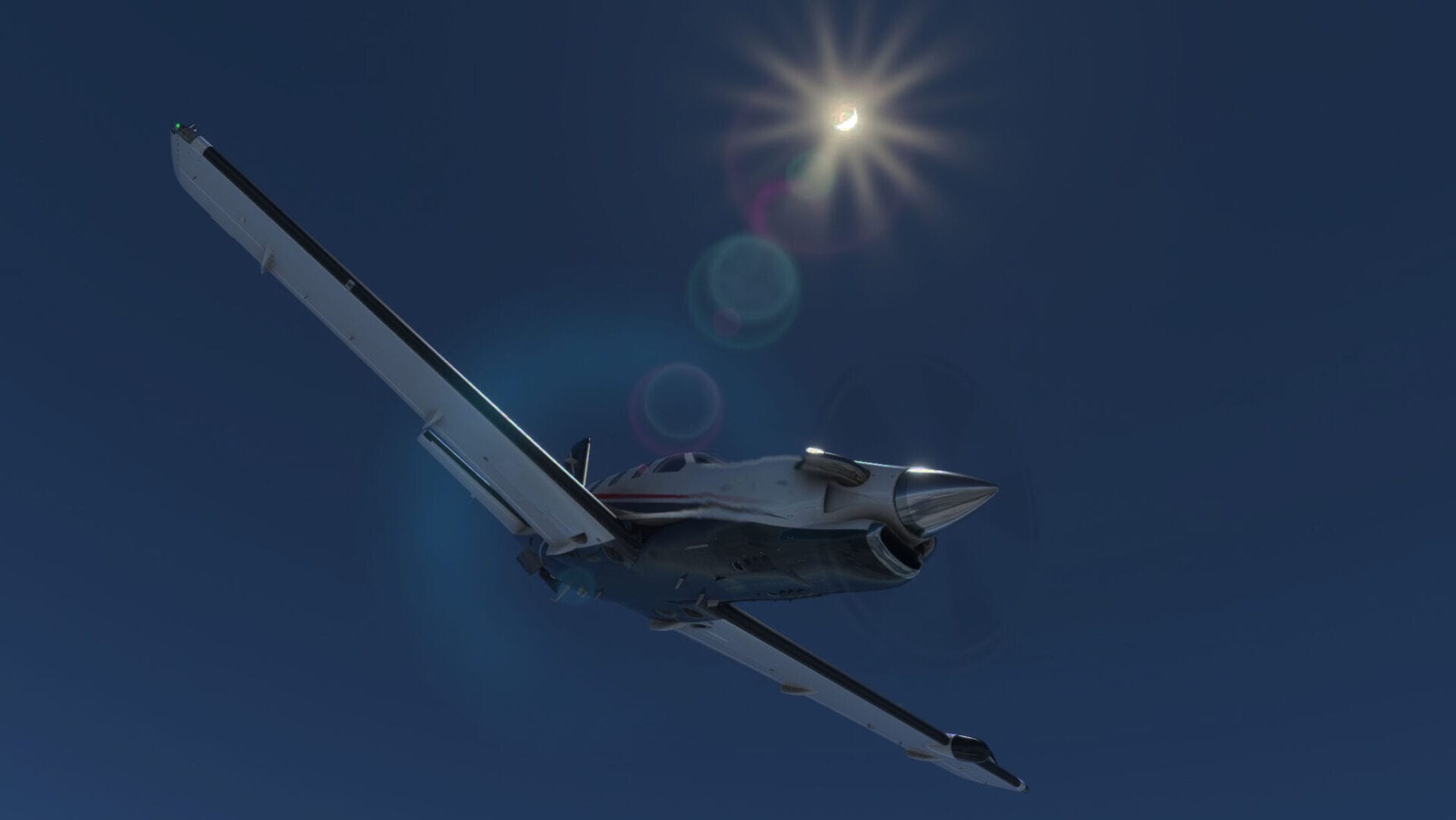 Yesterday, part of South America was treated to a solar eclipse, so I decided to try out an experiment in Microsoft Flight Simulator.

The game is known for a rather astonishing precision in simulating the world, including the specific dance of the sun, moon, and stars in the sky. Could it actually manage to simulate a solar eclipse?

Turns out that it can. I went to Los Pehuenches Airport in Lebu, Chile, which was one of the best places to see the eclipse yesterday (December 14) at around 4:00 pm GMT.

Clouds actually help block the glare of the sun, providing a nice view of the eclipse, as you can see in the video below. It’s very hard to see with a completely clear sky.

The best thing is that you can see it yourself even if the eclipse is already in the past. All you need to do is to go to the right location, set the correct date and time, and you can see eclipses both in the past and in the future.

That’s certainly a pretty neat and (at least for me) unexpected feature of Microsoft Flight Simulator.

Speaking of neat features, a few days ago, a friend sent me a couple of pictures of a beautiful sunset in Hamilton, Canada. I immediately hurried to check out the same place in the simulator, and behold, the scene was quite similar, thanks to Microsoft Flight Simulator’s advanced weather engine based on real-world models and data. It isn’t always 100% perfect, but when it works, it’s really impressive.

Speaking of Microsoft Flight Simulator in general, during a livestreamed event a few weeks ago, the developers shared a lot of details about the future of the sim, including the next world update focusing on the United Kingdom.