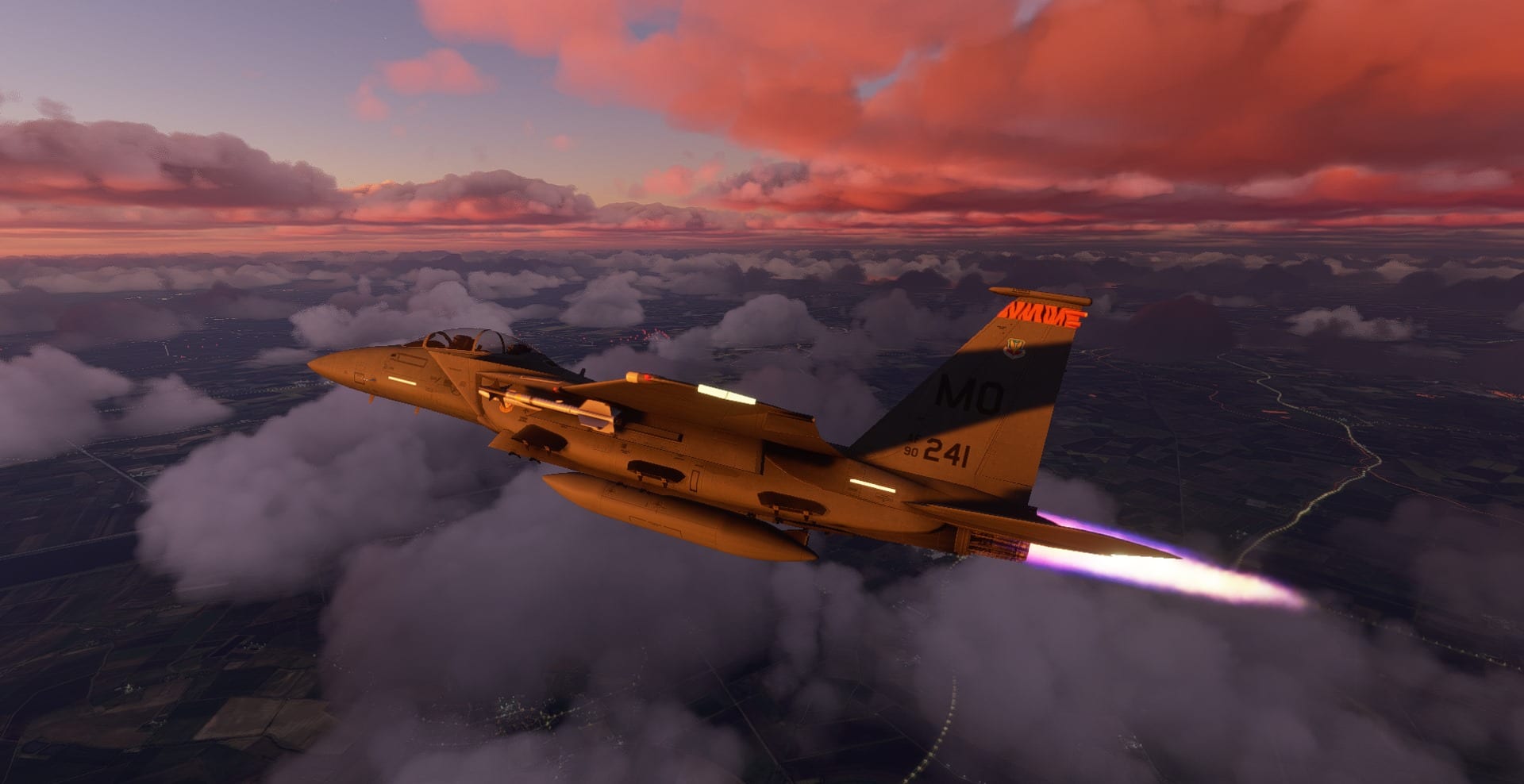 We get to see a look at the cockpit and at the external model in various lighting conditions in new screenshots.

Even more interestingly, we see a work-in-progress video showing off a take-off with afterburners that looks quite spectacular, especially considering that the aircraft isn’t finished.

A development update also provides interesting details about the work being done on the aircraft and confirms a January 2021 release window.

“Great news this week: the F-15E Strike Eagle is complete, and all that I am doing is working to make things even better between now and the release date of January 2021. The Strike Eagle is effectively acting as the base for the other three variants, so the package is not far off being finished.
New additions this week include the “multi-stage” afterburner effects that some users suggested they would like to see, and also emissive cockpit lighting.

The crew’s heads in the external view also look around dynamically now as the aircraft flies. I was hoping to share images of the cool 3D-gauge lighting but it’s not quite working right yet, however, all the panel decals and screens work just fine with the Panel Light switch active.

There is also a floodlight switch that is attached to the user’s point of view, almost like a little miner’s light, that can be used for that tricky nighttime “cold and dark” starts. The manual is now being converted to the new versions, and next week the F-15E and probably the C version will be supplied to selected YouTube previewers by Just Flight, so expect to see some videos hopefully between now and Christmas.

There’s still a fair bit to do but the bulk of the work is now done, and I’m happy that the Eagles will launch on-time in January.”