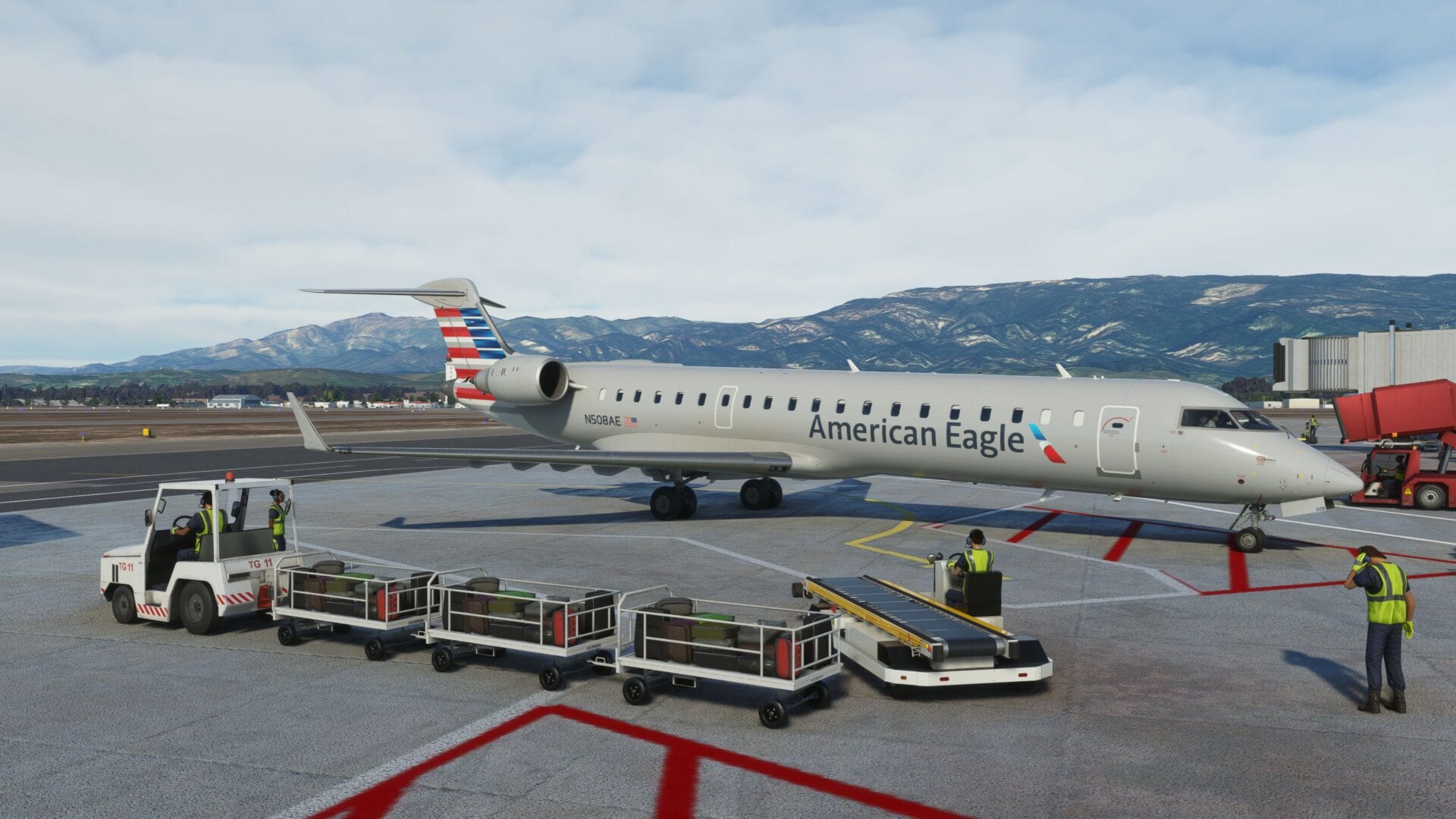 Today even more screenshots of the upcoming Bombardier CRJ add-on were revealed by Aerosoft and the beta testers.

We get to see some really spiffy details of the aircraft in another livery, the American Eagle one (sources 1,2,3,4).

On top of that, we take a look at a different angle of the cockpit and one more look at the Air France Hop! livery.