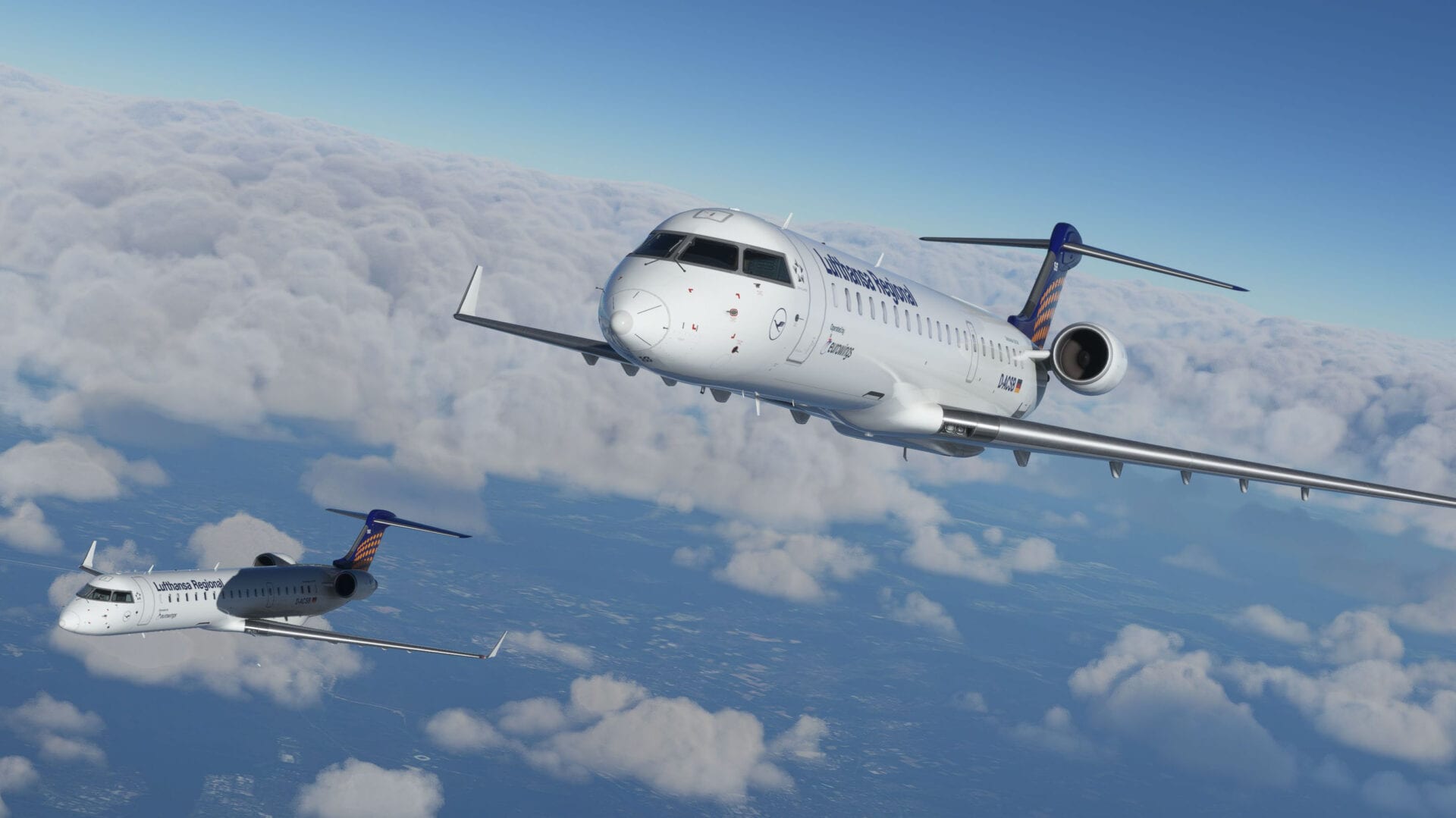 Those eagerly awaiting Aerosoft’s Bombardier CRJ add-on for Microsoft Flight Simulator are in for a treat (or many) today.

The package is currently being beta tested, and plenty of screenshots have been posted on the official forums (sources: 1, 2, 3, 4, 5).

Featured prominently in the screenshots is the Lufthansa Regional operated by Erowings livery, which looks lovely.

Incidentally, if you’re wondering why people would fly regional airliners in formation, that’s because the developers are working on a video, which requires an aircraft to “chase” another and act as a camera.

Interestingly, we hear that the CRJ will have plenty of documentation, with five manuals included in the package. Yes. Five.