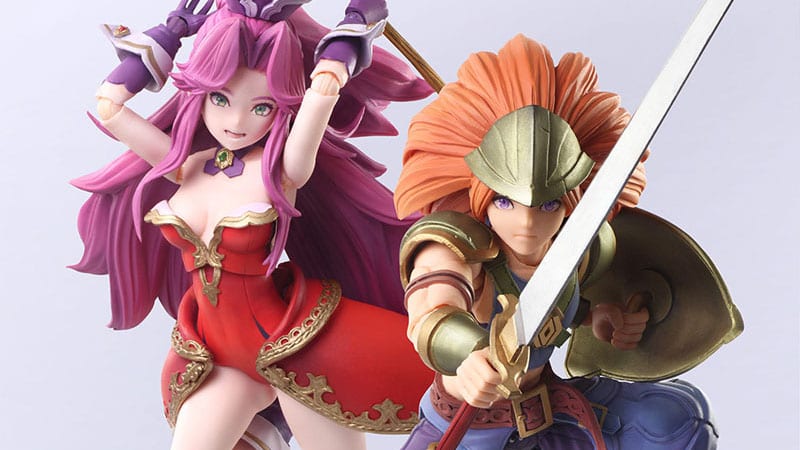 Trials of Mana recently updated the Seiken Densetsu series to modern visual standards, and Square Enix is doubling down with new action figures.

The publisher is going to release three sets from its Bring Arts line including Duran & Angela, Kevin & Charlotte, and Hawkeye & Riesz.

Like all Bring Arts figures, they’re fully posable and come with alternate faces, hands, and weapons to create different scenes.

Duran & Angela will release in August 2021. Kevin & Charlotte will come in September, and Hawkeye & Riesz will launch in October.

You can see pictures for them all below.

You can take a look at our review to learn how good it is.

If you’d like to see more, you can also enjoy plenty of screenshots and details showcasing the classes you can change to in the game, more art featuring advanced classes, a trailer showing off Angela and Duran, another focusing on Charlotte and Kevin, one showcasing Riesz, Hawkeye, and Belladonna, and one showcasing more gameplay.