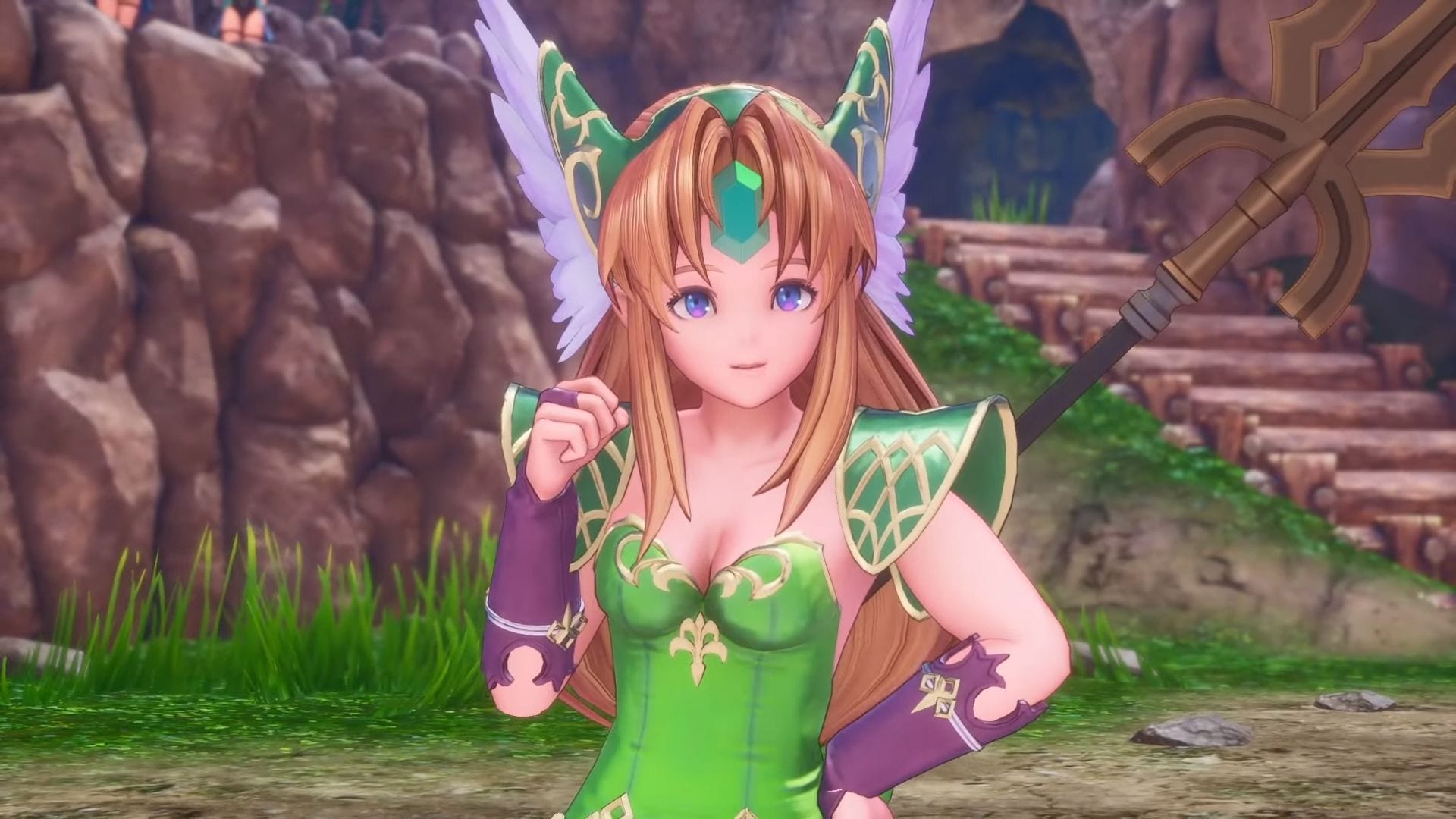 This time around we take a look at two more characters that make a comeback with a brand new look, Riesz and Hawkeye.

On top of the two heroes, we also get some bonus shots of a villainess, Belladonna.

Here’s how Square Enix itself describes the characters:

“Riesz is the young princess of the mountainous kingdom of Laurent and captain of the renowned Amazon guard. She has a will of iron and down-to-earth manner. Though some might call her stubborn, Riesz is always there to lend a hand to those who need it. She lost her mother as a child and since then has tried to help raise her little brother Elliot. Her topmost priorities are her father, brother, and kingdom.”

“Hawkeye hails from the desert fortress of Nevarl, home to a guild of noble thieves. He was raised as the orphaned ward of Flamekhan, the leader, together with Flamekhan’s own children, Eagle and Jessica. Hawkeye comes across as a laid-back and charming young man, making it hard to tell when he’s being serious. But at his core, Hawkeye is a fiercely loyal friend. Nothing gets past his honed senses and quick wit.”

“Belladonna’s monstrous beauty and enticing countenance bewitched Flamekhan, the leader of the Nevarlan thieves’ guild. With the forces of Nevarl at her command, Belladonna sets out to claim Riesz’s homeland of Laurent for the sake of her dark kingdom.”

If you’d like to see more, you can also enjoy plenty of screenshots and details showcasing the classes you can change to in the game, a trailer showing off Angela and Duran, and another focusing on Charlotte and Kevin.