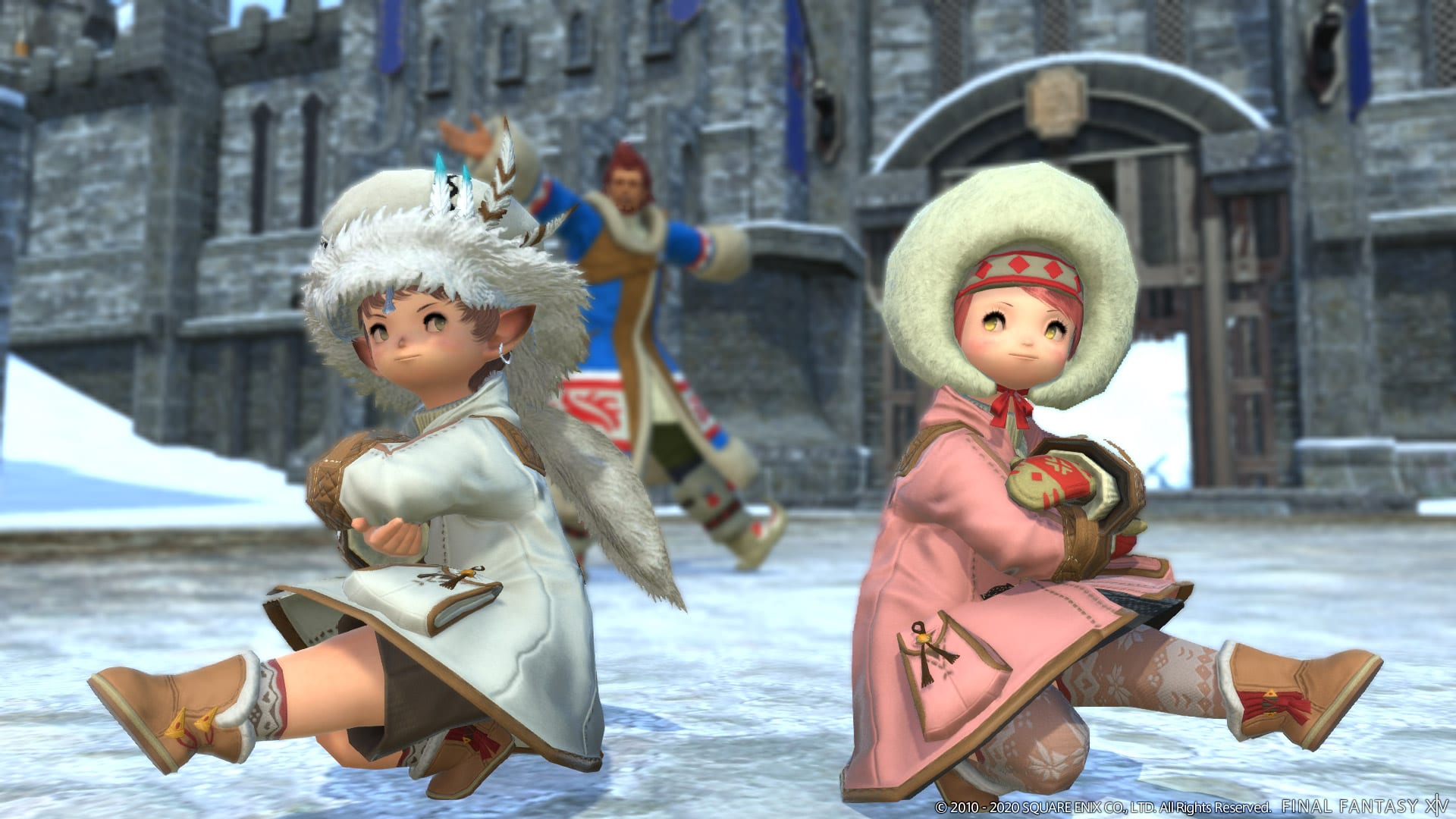 The screenshots showcase some of the new content coming with the update.

First of all, we take a look at the Dwarf tribe quest.

The people of Tomra aspire to follow in the footsteps of their hero, the Warrior of Darkness, by contributing to the prosperity of Norvrandt. Their ambitious plans will lead them far from home─and perhaps the doorstep of that very hero─as they labor to bring a design sketched by legendary dwarven smith Watts to life.

Secondly, we get to see an update to the New Game+. With update 5.3 we’ll be able to replay job quests, while with update 5.35 we’ll get a chance to replay quests from A Realm Reborn.

Another screenshot focuses on Trial Synthesis that lets you tests crafts without using materials.

We also see the Sundry splendors feature, a series of one-stop shops in the major city-states that let you spend your tokens and tomestones without having to hunt for the specific NPC who accepts them.

Last, but not least, we take a look at a new squat dance emote.

If you’d rather read something a bit more whimsical, you can enjoy the report on our latest visit to the Eorzea Cafe in Tokyo, one about the latest orchestra concert, and our look at the recent Uniqlo collaboration.

Final Fantasy XIV is currently available for PlayStation 4 and PC. Incidentally, earlier today we learned from Square Enix that monthly subscribers are continuing to grow.