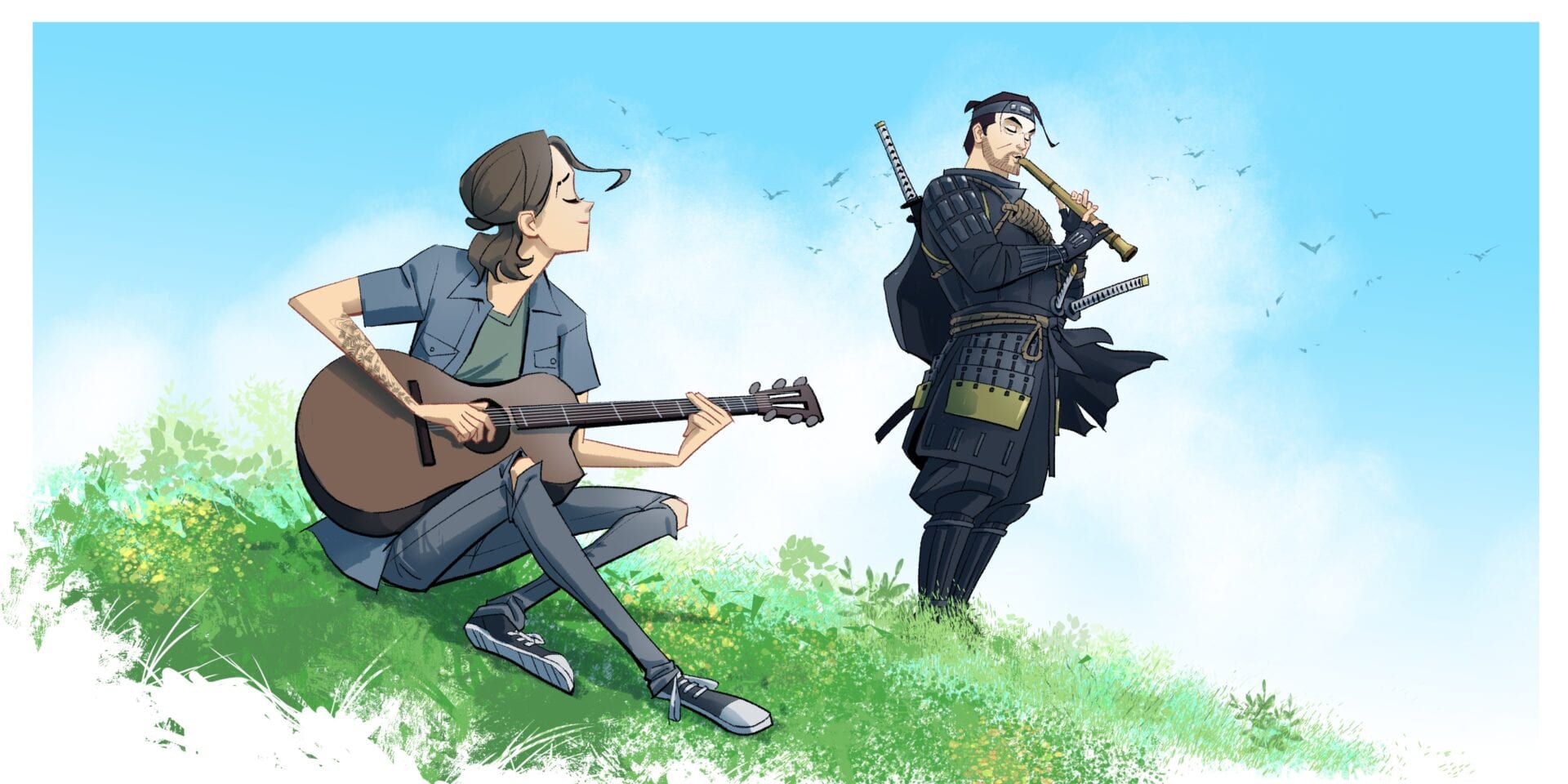 The Last of Us Part II has been released today to widespread critical acclaim and Sony’s first-party studios are celebrating Naughty Dog’s achievement.

It has become a bit of a tradition for PlayStation’s studios to celebrate the release of a major game with artwork, and they certainly didn’t miss the chance to do the same this time around.

Opening the dances is Sucker Punch, which is about to release Ghost of Tsushima, posting a lovely illustration by artist Edward Pun.

If you picked up the game now that it’s finally out in the wild, you can check out our guide wiki that can provide you with plenty of useful pointers to help you get the most out of The Last of Us Part II.

If you want to learn more about the game, you can check out the launch trailer, the accolades trailer, the previous cinematic trailer, and the recent gameplay from a few days ago. An official podcast has been released yesterday alongside interesting info on the games’ accessibility.

The Last of Us Part II has just been released today, exclusively for PlayStation 4.